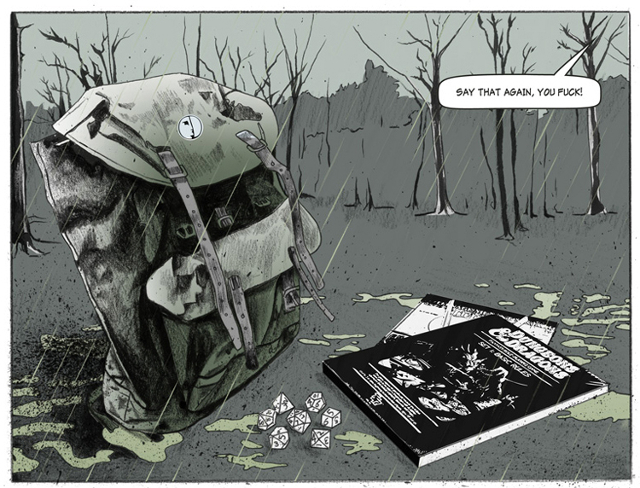 Triptych is a web comic written by Adam Gallardo and illustrated by Devon Devereaux that tells the “coming of age” tale of teenagers Terry, Sarah and David. You can stay up to date on the web comic at the Triptych website.

Terry is sixteen-years-old, and he’s reached a watershed moment in his life. His friends are growing beyond him, his family and school are failing him, and he’s beginning to realize that he’s losing control of his life – if he ever had control of it in the first place. Full of the self-assurance and bitterness only a teenager can bring to bear, Terry looks around him, at the culture in which he’s immersed, at the friends he’s supposed to emulate, and he decides that only one thing can change his life for the better – magic. But the path of the magician is never an easy one. Terry may kill himself trying to save his life. 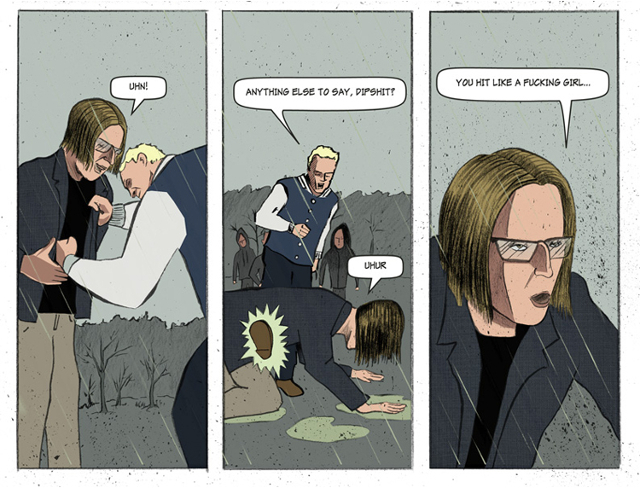 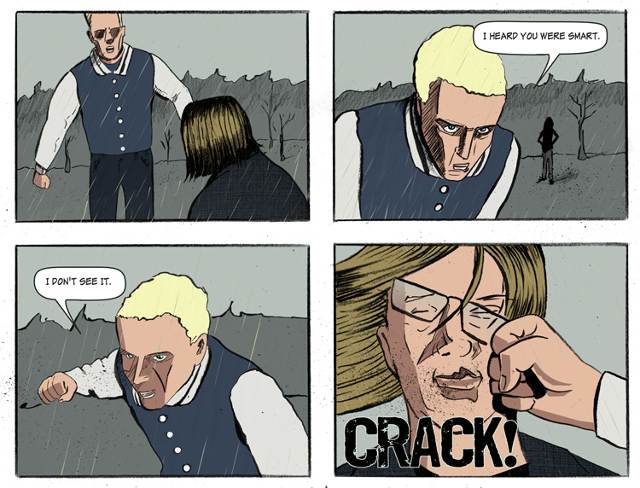