In this awe-inspiring video from NASA’s Solar Dynamics Observatory, you can see the Sun’s massive, roiling surface in action. The loops of plasma coming off the star’s surface — known as prominences — are far, far larger than our entire planet.

Since its launch in 2010, SDO’s data and imagery have exceeded everyone’s hopes and expectations, providing stunningly detailed views of the sun. The observatory has continued to return breathtaking pictures and movies of eruptive events on the sun. These images are more than just pretty. By highlighting different wavelengths of light, scientists can track how material on the sun moves. Such movement, in turn, holds clues as to what causes these giant explosions.

SDO is the first mission in a NASA’s Living With a Star program, the goal of which is to develop the scientific understanding necessary to address those aspects of the sun-Earth system that directly affect our lives and society. 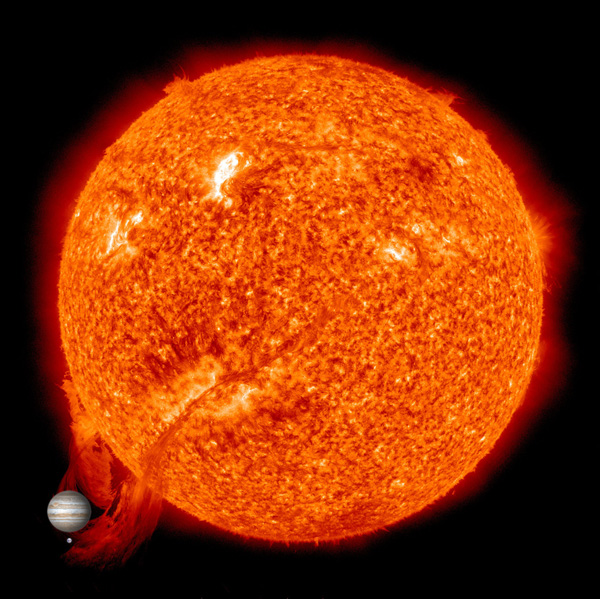