The original Apple Watch is a promotional timekeeping device given out by Apple in 1995 as an incentive for users to upgrade their Macintosh operating system to version 7.5. In light of the upcoming Apple Watch wearable–unveiled in September 2014–a distributor made a select number of the watches available for purchase online–though the stock is currently sold out.

From the gorgeous sheen of the blue on the face that has not aged a day to the watch hands themselves reflecting Apple’s quirky design habits, the quality of the timepiece is quite substantial considering its history — and frankly, the watch itself looks fantastic in a more modern generation where Apple has been going back to its roots of simplistic design.

The original offer let customers choose between the watch or a copy of Macintosh utility software Conflict Catcher. 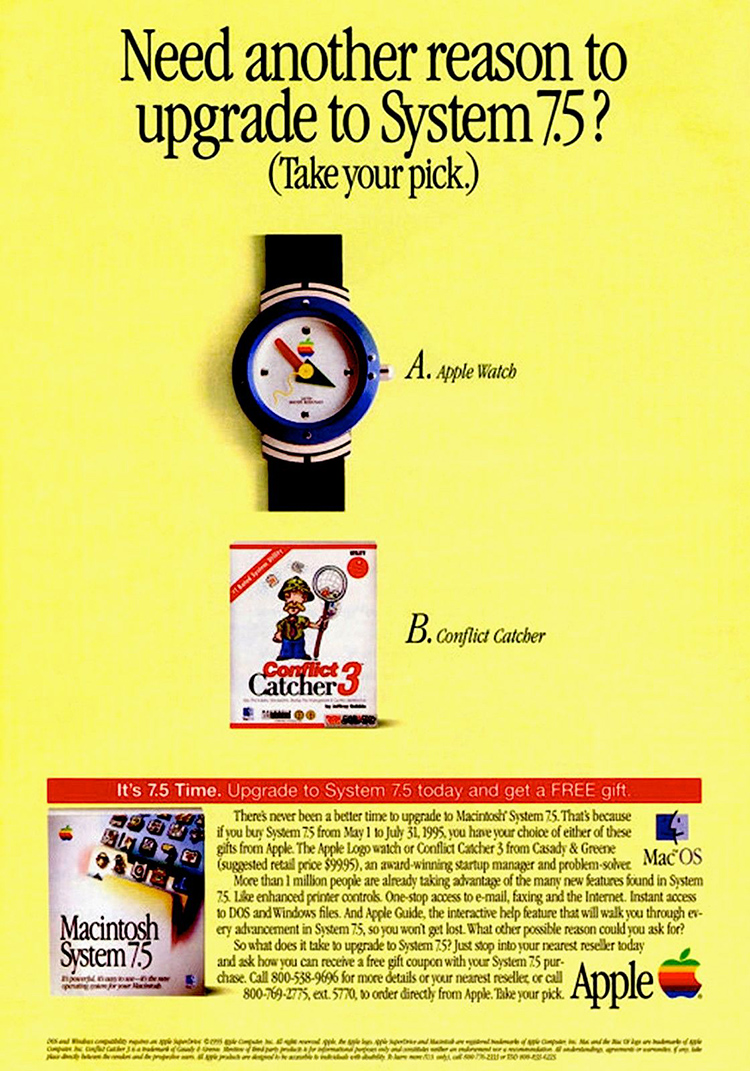 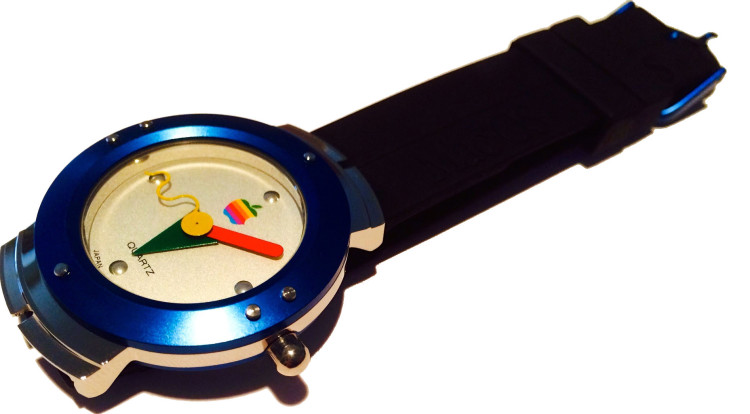 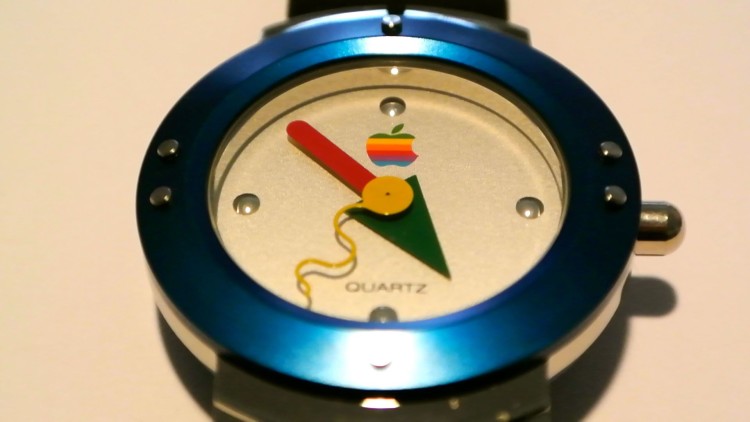