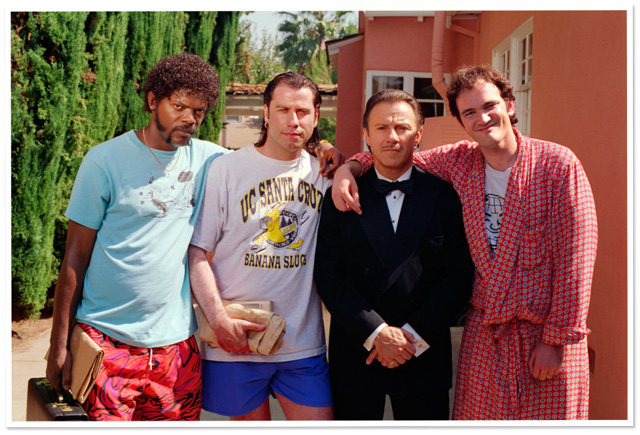 “Jackson, Travolta, Keitel, and Tarantino pose in front of the house where Tarantino’s character lives.”

For the Vanity Fair article “Cinema Tarantino: The Making of Pulp Fiction,” journalist Mark Seal catches up with director Quentin Tarantino and the producers and cast of the 1994 independent movie Pulp Fiction. In addition to the detailed article, Vanity Fair has posted photos and ephemera from the set. 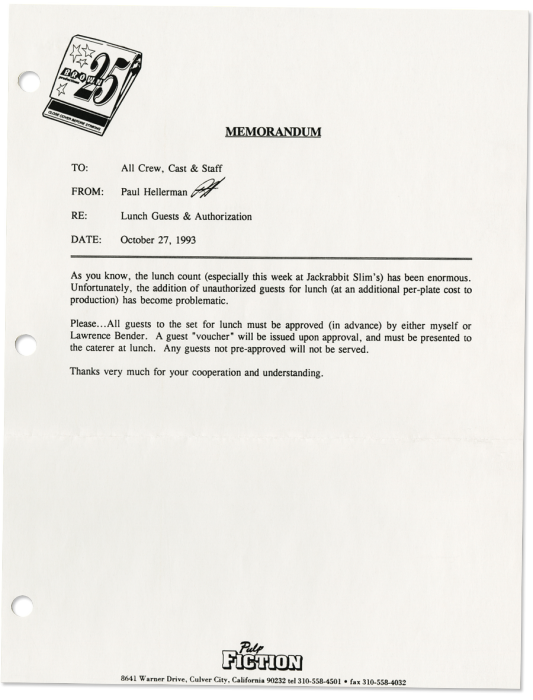 “From the collection of Linda R. Chen”