Dead As We Know It, the cunning marketeers of Kraken Rum have produced The Kraken: The Simulation Application for Nautical Maneuvering, an iPhone game that invites the player to steer a sailing vessel through hazardous kraken-infested waters (see the chilling game trailer.) The gameplay is basic but the graphics and copy are wonderfully antique. It almost makes me want a frosty glass of the world’s first black spiced black rum. 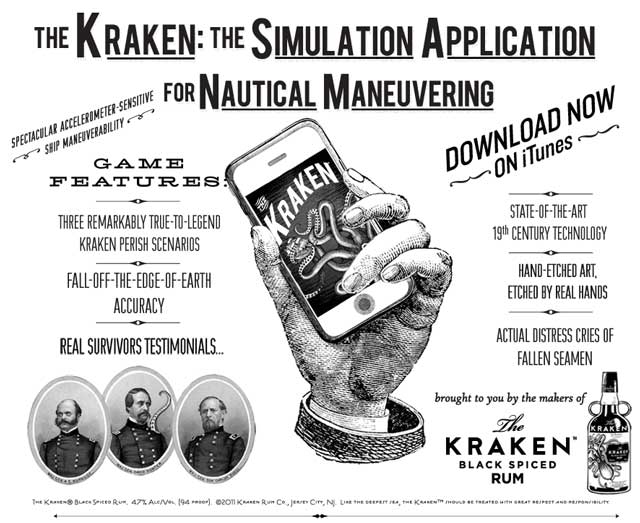