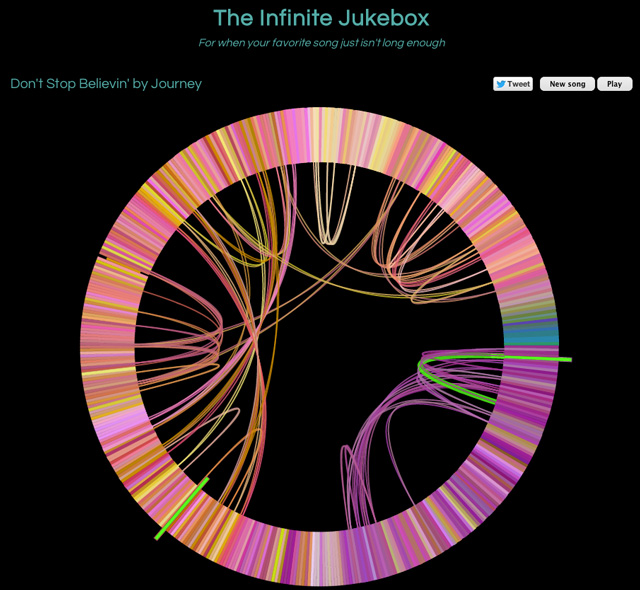 The Infinite Jukebox is a site that will remix any song into a never-ending, constantly changing version of itself. It works by first identifying parts of the song that are similar to one another—during playback it jumps randomly between these parts to create a (mostly) seamless, unending remix. The infinite song is accompanied by a visualization that shows what portion of the song is playing and how similar parts are connected. For an example, try “Don’t Stop Believin'” by Journey. The Infinite Jukebox was created by software engineer Paul Lamere during a recent Music Hack Day at MIT. The site is powered by The Echo Nest, a Massachusetts-based music intelligence company (Lamere is Director of Developer Platform at the company).

image via The Infinite Jukebox