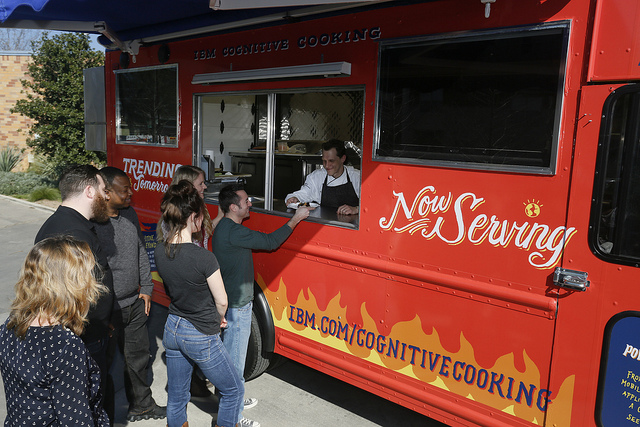 The IBM Watson supercomputer, famous for its Jeopardy! game show appearances, is now appearing in the form of the IBM Watson Food Truck, which has created recipes in collaboration with chefs at the Institute of Culinary Education in New York.

The recipes are designed using cognitive computing where chefs decide on a main ingredient to use, like pork, and then the computer determines what might go well with it out of millions of flavorful ingredients as determined by an index of global cuisine flavors. The chefs continue this process two or three flavors at a time until a dish is finished. IBM refers to this as a “cognitive cooking” process.

Thee IBM Watson Food Truck first premiered at the IBM Pulse Conference in Las Vegas, Nevada, and it will be at the South by Southwest festival in Austin, Texas across from the convention center at the corner of Red River and 4th Street from March 7th to March 11th. 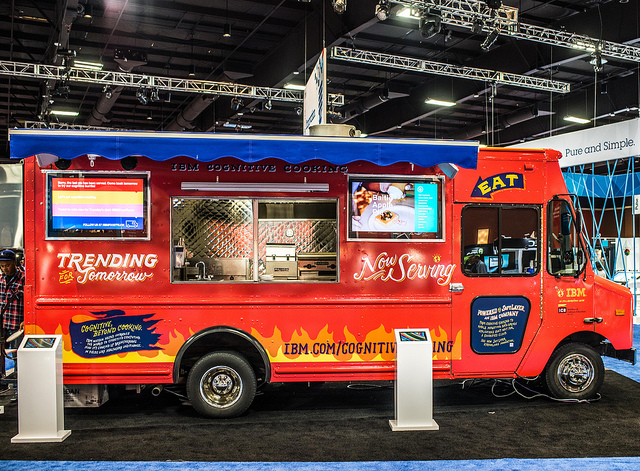 via NPR The Salt