Universal Pictures released the official trailer for The House With a Clock in Its Walls, an upcoming fantasy horror film directed by Eli Roth and written by Eric Kripke based on John Bellairs‘ children’s horror book of the same name. The film follows a young boy named Lewis Barnavelt (Owen Vaccaro) who moves into his uncle Jonathan Barnavelt‘s (Jack Black) house. A house so haunted that it has its own heart. The House With a Clock in Its Walls is schedulued to creep into theaters on September 21st, 2018.

The magical adventure tells the spine-tingling tale of 10-year-old Lewis (Owen Vaccaro) who goes to live with his uncle in a creaky old house with a mysterious tick-tocking heart. But his new town’s sleepy façade jolts to life with a secret world of warlocks and witches when Lewis accidentally awakens the dead. 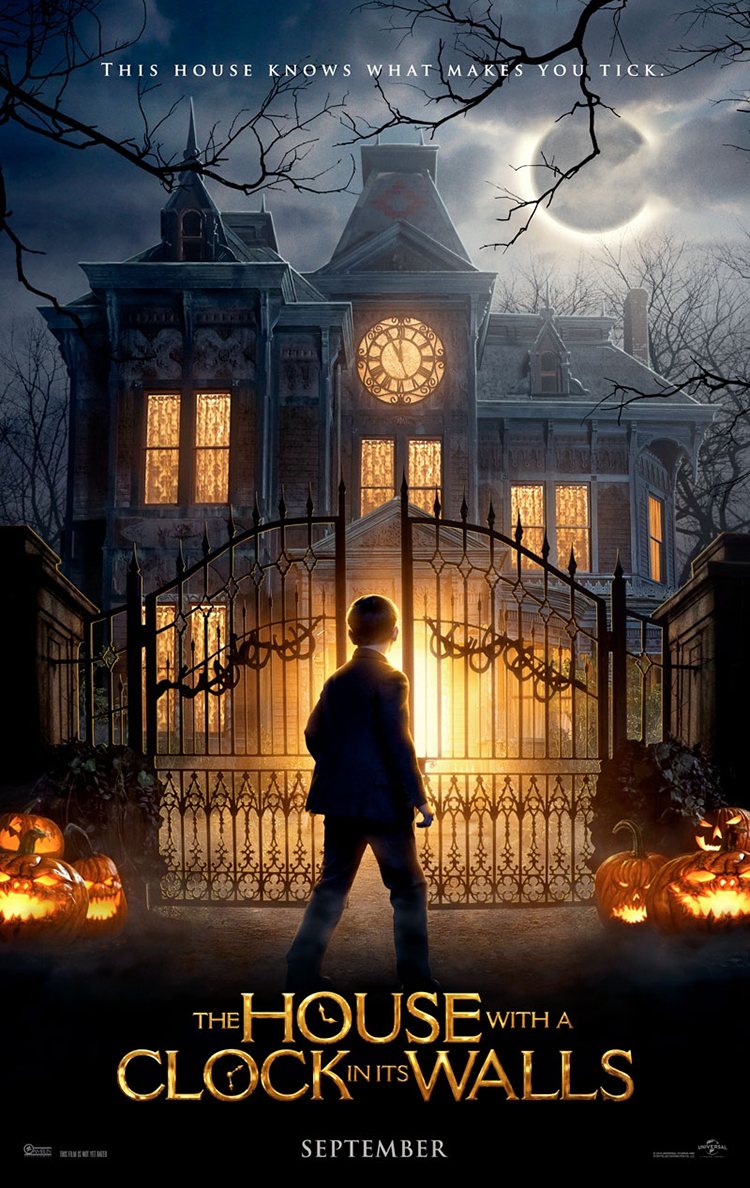