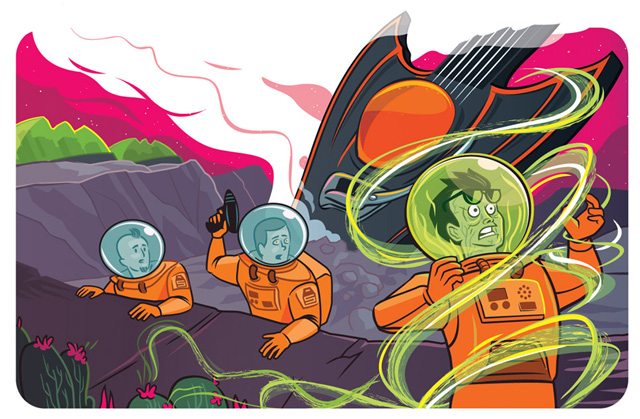 “The Haunted Planet” is the latest album by California-based surf and twang band Aloha Screwdriver. It’s set to release on April 25, 2013 (pre-order now). To celebrate its upcoming release, the band has made a music video (their first) for the single “Doom Buggy Hellride” (available now) It was directed and filmed by Bryan Wright and partially filmed in Forbidden Island, a fantastic tiki bar in Alameda, California. Posters of the cover art are available to purchase though their online store.

The recording was captured live to 1-inch analog tape. Careful listening will reveal the occasional grunt or flat note, but you’d be missing the point. This may be the only recording you hear all year that didn’t pass through Pro Tools before hitting your ears. This is the unvarnished sound of a real band playing real rock and roll, and it’s a rare thing these days.