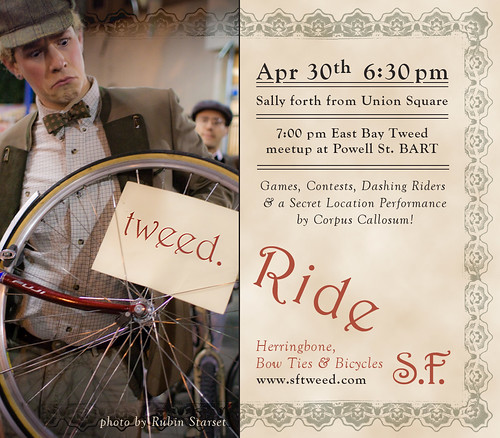 Once again, we find bastions of tweed bicivility will gather to show the city how to really ride in style! Fortunately, Spring is upon us, and the night has begun to be pushed back by the day. As such, the sun shall still grace our ride, giving all passersby a chance to bask in our grand tweediness! Our last ride was a joyful time with games, contests, and of course, the sharpest dressed company a cyclist could ask for.

In addition to the games, contests, and prizes that proved so popular during the inaugural San Francisco Tweed Ride, Thursday’s ride has a special surprise: a mid-route musical performance by the fabulous “post-industrial-folk-noir” septet Corpus Callosum! 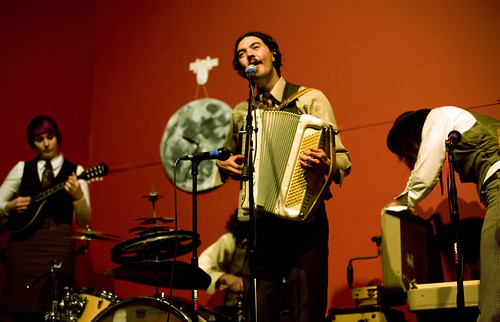 Moving Eastward, Chicago’s first Tweed Ride will take place this coming Saturday, May 2nd. Organized by the fine dapper folks at The Chainlink, their event takes special inspiration from no less of an historical figure than The Right Honourable Sir Winston Churchill.

The 2nd of May 2009 marks the 80th anniversary of Winston Churchill’s invention of his exquisitely dry martini: copious amounts of gin poured over crushed ice while he observed the vermouth from across the room. The route, designed by the Right Honorable Lee Diamond, is 10 civilized miles meandering past (and into) some of The Windy City’s most infamous (and still open) speakeasies.

Like the SF Tweed Ride, Winston’s Tweed Ride will host contests for Most Dapper Chap, Most Snappy Lass, Most Stylish Noble Steed, Most Inspired Interpretation of Tweediness, and Best Mustache (open to both lads and inventive lasses). 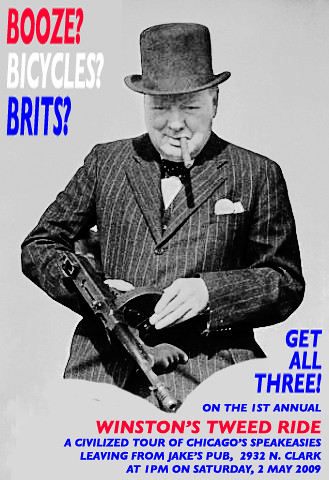 Meanwhile, from the other side of the world, vintage cycling haberdashery Rocket Fuel brings us news of the first Sydney Tweed Ride. 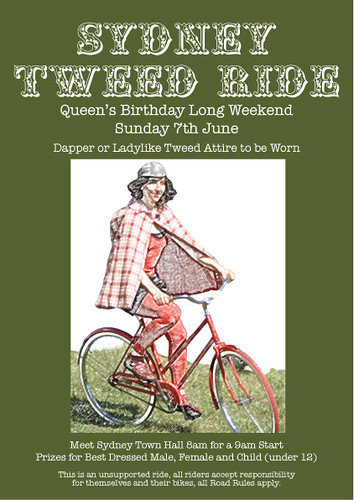 Following the fine style of London, San Francisco, Auckland and soon Chicago. Sydney is having it’s very own Tweed Ride. So gather your most dapper or ladylike apparel and join us for a spin around the city and a fine cup of tea!

From London to San Francisco, or the Windy City to a Land Down Under, clearly the appeal of Tweed knows no bounds. 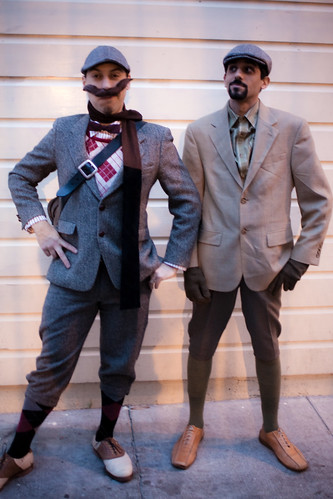