In 2010, YouTube member XXxOPRIMExXX created a two part stop-motion animated video series using LEGOs that recreates a few classic scenes from the 1964 Stanley Kubrick directed, produced, and co-written film Dr. Strangelove. Due to copyright claims, XXxOPRIMExXX had to take down LEGO Dr. Strangelove Part 2 from his YouTube channel and upload it again without a couple key scenes, as stated by XXxOPRIMExXX below.

I had to take out the famous scene of Slim Pickens riding the bomb and the nuclear holocaust credits to have this video viewable because those scenes were taken directly from the movie. I was hoping to have the Slim Pickens scene done in Lego by now but I just never had enough time or effort to do it, maybe sometime in the future. Enjoy 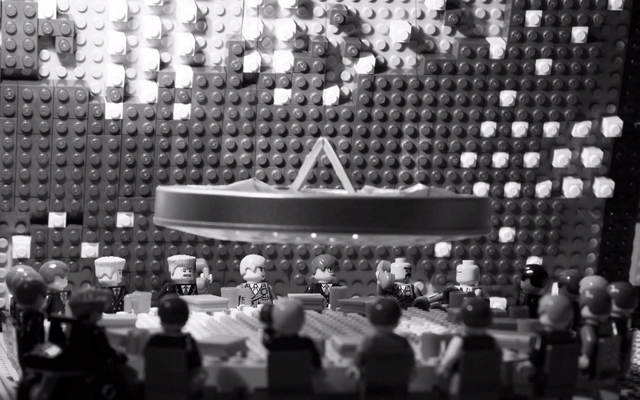 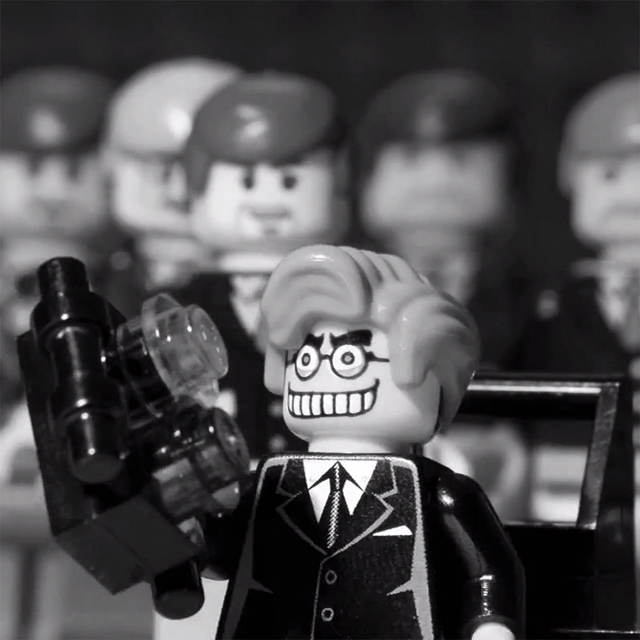