Shot over the course of two days in New York City by filmmakers Charles Frank and Jake Oleson, the short film “Still Life” attempts to answer the question “how do we hold a moment?”

What is the importance of a moment? Is it negligible, fleeting as the time itself? Is it heavy, bearing down on us in succession like tiny time anvils? Do moments hold any importance at all, in an age where you are likely reading this post during a brief lunch break or in transit to somewhere else? Five months ago, we wanted to try tackling some of these questions. We also wanted to capture something beautiful and have some fun. So we spent 48 hours in NYC and made a film.

The film’s writer, Kyle Harper, has a breakdown of the making of the short, which involved high-end Phantom Miro and Red Epic cameras, along with a longboard used as a makeshift dolly in the streets of NYC. 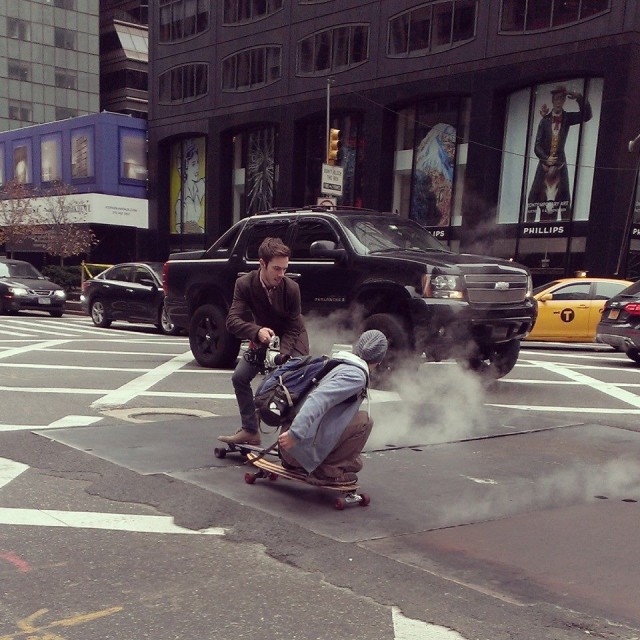