YouTuber and Star Wars fan ajw61185 has released footage of a miniature flying Imperial Probe Droid that he built from a drone. The droid is seen hovering around ajw61185’s house while he also makes an appearance on camera dressed up as a Rebel riding a tauntaun.

This is a build I’ve had on the back burner for a while, but wanted to finish in time for Halloween. It’s based on the same quad I used for the Falcon 9 build (the Blade Inductrix) and is built entirely from 3mm depron foam. The whole body weighs about 50g, and the drone flies reasonably well indoors. Landing is a bit of a challenge, but I made break away mounts for the legs, in case I miss a hand catch. I’ll be linking build photos and drawings in the comments section shortly.

As with all my builds, this is strictly for fun. I do not intend to sell any sort of kit based on this project, although I will be glad to answer questions about the build, and help anyone who is interested create their own. 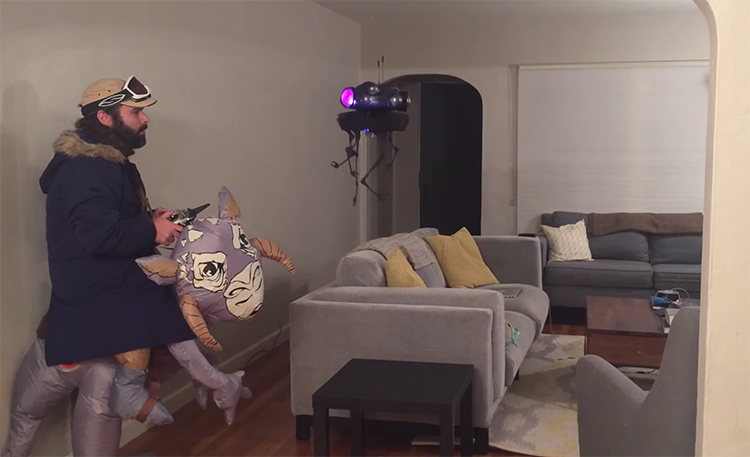