Earth Touch reports on a remarkable phenomenon that takes place every September in Khichan, a small village in Northwest India that plays host to over 20,000 demoiselle cranes that migrate from Mongolia and areas of Eurasia for the winter months.

The number of migrating cranes has increased significantly over the past few decades due to the efforts of two men: Ratanlal Maloo, who began feeding the birds en masse and Servaram Malli Parihar, an activist who has helped to save the birds from the dangers of electricity.

More than 40 years ago, Maloo returned to Khichan at the request of an aging uncle and was entrusted with the job of feeding pigeons. Then a youngster, he would carry sackfuls of grain to a designated feeding place and spread them on the ground. After many months of attracting the usual squirrels, pigeons and peacocks, Maloo noted the arrival of a dozen demoiselle cranes. He fell in love with the elegant creatures and dedicated himself to their care and conservation. And, slowly, his feeding efforts saw a steady increase in crane numbers…Unfortunately, serious threats to the demoiselle cranes remain. Feral dogs see them as easy prey and the birds are often electrocuted by high-voltage power lines surrounding the village. It’s here that the work of passionate bird campaigner Sevaram Malli Parihar has made a difference. Another Khichan resident dedicated to the conservation of these regal birds, Parihar took action to compel local authorities to address the threat posed by high-voltage power lines surrounding the birds’ feeding ground. 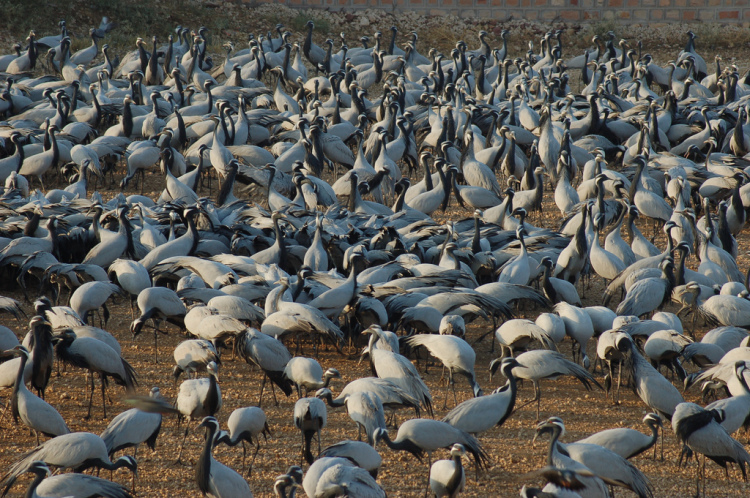 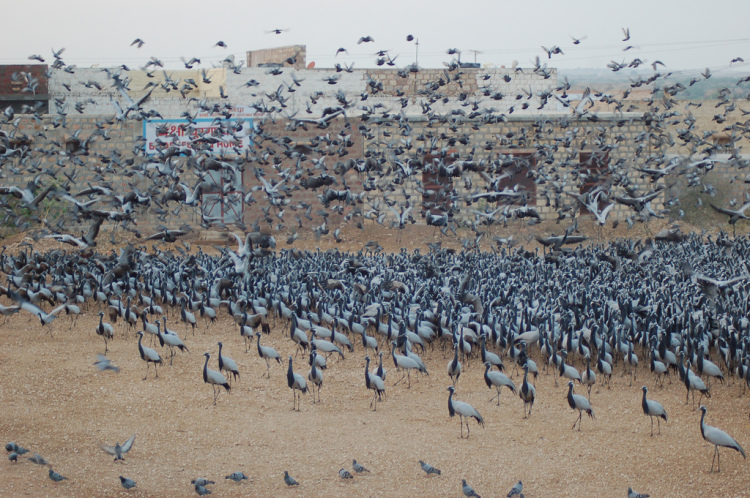 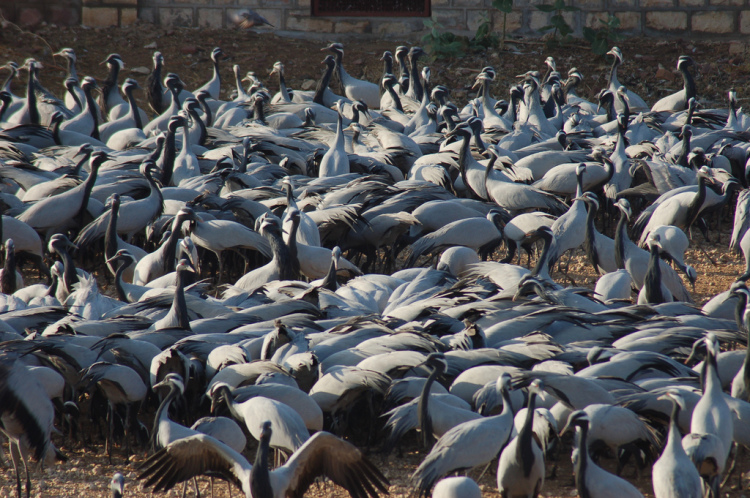