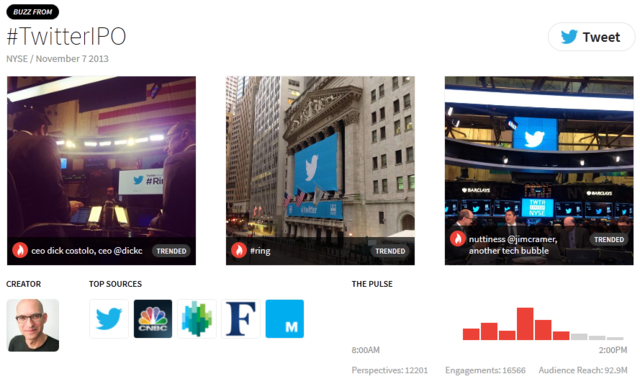 Seen is a tool created by Seen Co. that creates useful timelines of news and other events by aggregating and ranking social media posts about the event. Seen was recently featured in Wired and in an interview with Popular Mechanics, CEO and co-founder Tarikh Korula explained the service’s purpose:

When something like the Boston Marathon [bombing] happens, some of the first media seen coming out of the event is on Twitter, Instagram, Facebook, and Vine. Most users on the Web don’t use those services, perhaps with the exception of Facebook. Most people aren’t on Vine. They aren’t on Instagram. Only 200 million of the 2 billion people on the Web are on Twitter.