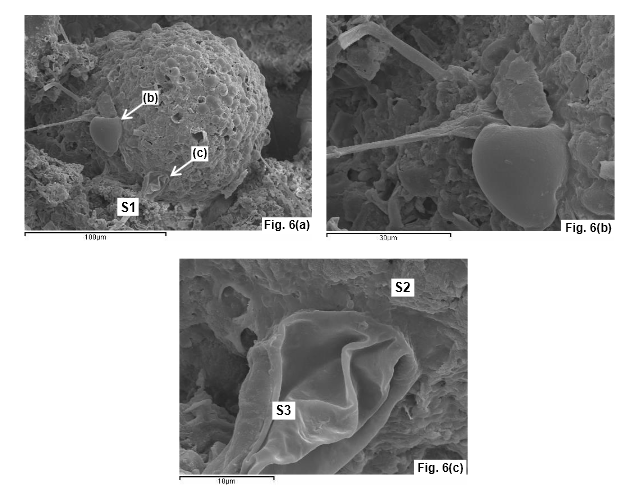 In a recent study, astrobiologists claim to have found fossilized algae-like structures in a Sri Lankan meteorite that landed on December 29th 2012, MIT Technology Review reports. If the research is accurate, the findings would provide support for the theory of panspermia, the idea that life exists elsewhere in the universe and is spread through comets and asteroids. The research, led by Jamie Wallis at Cardiff University, claims to have “clear and convincing evidence that these obviously ancient remains of extinct marine algae found embedded in the Polonnaruwa meteorite are indigenous to the stones and not the result of post-arrival microbial contaminants.” However, critics remain skeptical that the findings aren’t the result of contamination or that the rocks even came from outer space. One possibility is that the rocks in question were formed on Earth by lightning strikes, the other is that they started on Earth, were ejected from the planet by an earlier asteroid impact, and re-entered the atmosphere.