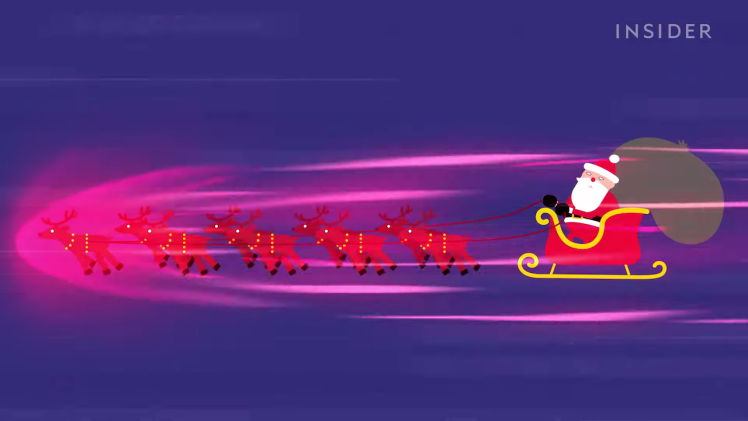 In a scientifically-sound holiday episode of Science Insider, animated by Andrea Schmitz, narrator Shira Polan explains what would physically happen to Santa Claus and his reindeer if they really delivered presents around the world as the story goes. Needless to say, it’s not pretty.

If Santa really delivered presents on Christmas Eve, he’d need to fly over a thousand times faster than the world’s faster jet fighter to visit about 240 million homes. Unfortunately, racing through the air at those blistering speeds would vaporize the reindeer, as the heat up the way a spacecraft does when it reenters the atmosphere. Meanwhile, a tremendous force tens of thousands of times stronger than gravity would pin Santa to the sleigh and smash him to jelly.