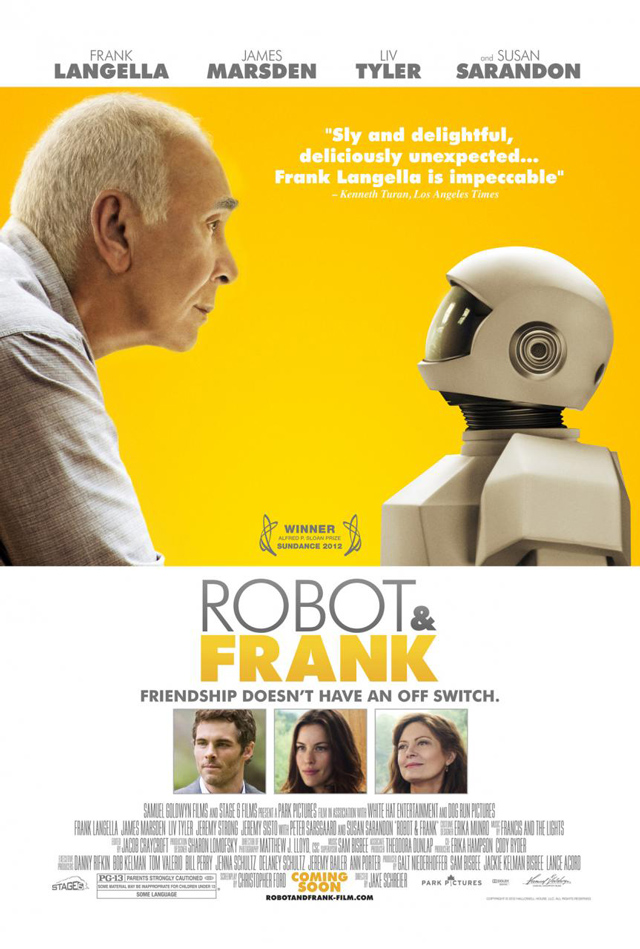 Check out this delightful trailer for Robot & Frank, a film that pairs a cranky former jewel thief (played by Frank Langella) with a humanoid robot (who later helps him get back into the jewel theft business). Directed by Jake Schreier, Robot & Frank also stars Susan Sarandon, James Marsden and Liv Tyler and opens in theatres on August 17, 2012.

via I Watch Stuff