RiffTrax (previously), the original group of writers and stars from Mystery Science Theater 3000, recently launched a Kickstarter project for THE CRAPPENING, a four-show live performance in 2015 where the RiffTrax group will add sarcastic commentary to even more super bad films.

The films include The Room, Sharknado 2, Miami Connection, and Santa and the Ice Cream Bunny.

RiffTrax will broadcast their series of four one-night events–which take place on May 6, July 9, October 1, and December 3, 2015–to numerous theaters nationwide. They are still currently raising funds on Kickstarter to beef up their live shows and add even more rewards for supporters.

Thanks to you, we have done two hugely successful Kickstarters over the past two years that funded us to be able to riff STARSHIP TROOPERS and GODZILLA (1998) + ANACONDA LIVE and simulcast to over 700 theaters across North America. These shows were a big hit, and this year we have the opportunity to perform FOUR RiffTrax Live shows with some of the most awesome bad movies ever. Are you ready? 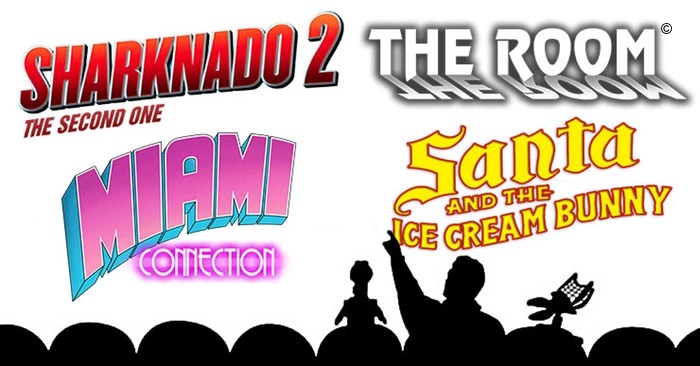