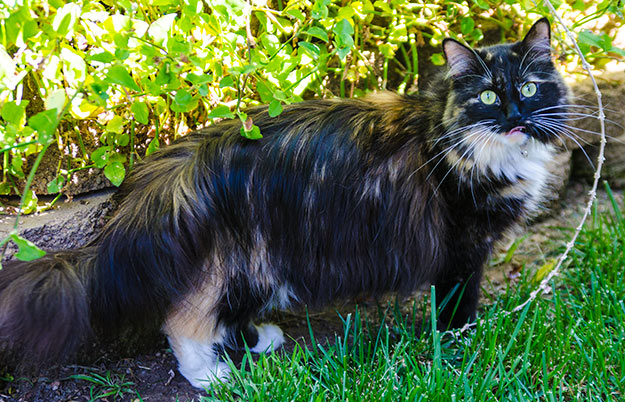 Sophie Smith, a gorgeous rescue cat in Oceanside, California, has been declared the Guinness World Record Holder for the longest fur on a cat, beating the previous record set by the late great Colonel Meow by more than an inch. Sophie’s human Jami Smith tells how she came to live with the long-haired beauty.

“I was out walking my dog one Sunday afternoon when a truck drove up with a couple of guys in it,” Smith said. “They stopped and held a small paper bag out of the window and asked if I wanted a kitten. I was shocked and asked them ‘You have a kitten in that bag?’ They said that someone had left it on their doorstep and they were looking for someone to take care of it. I walked over, took the bag, opened it up and sure enough there was a tiny kitten inside the bag crying. I wanted to make sure it was safe and cared for, so I told them I would take it.” At first Jami considered taking Sophie to the local animal shelter but quickly changed her mind. “That lasted about 30 minutes… I fell in love with her!” The abandoned kitten was thought to be just three weeks old and required bottle feeding and some medical attention. “I thought I was going to lose her. She was a tough little baby and fought her way back. 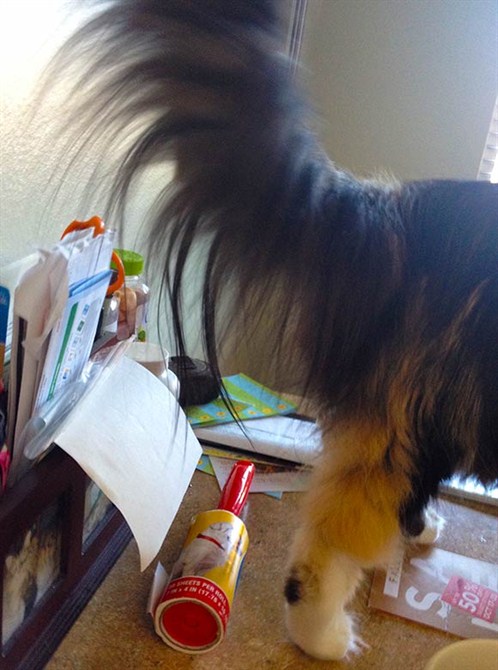 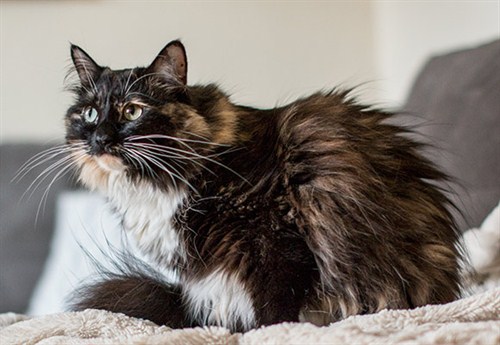 Of course, we’ll never forget the day when the remarkable Colonel Meow set the record just 6 months prior to his untimely death.