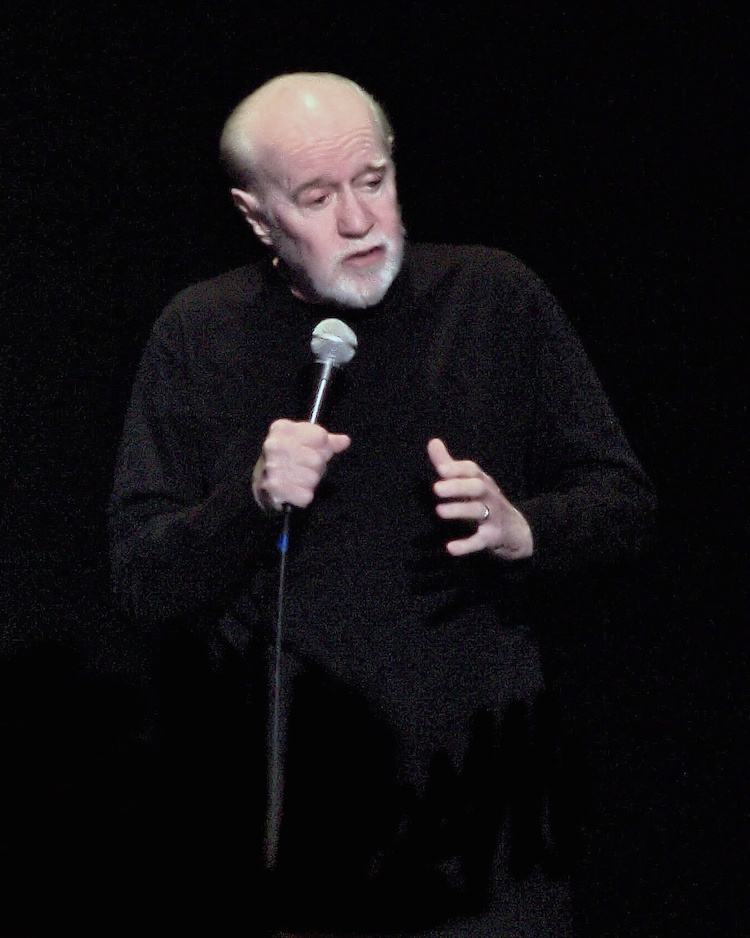 George Carlin was born 74 years ago this week (he passed away in 2008). One of his earliest appearances was in 1966, on The Tonight Show starring Johnny Carson. Note this was in an era when the host of The Tonight Show smoked cigarettes on the job, and comedians could imitate stoned out hippy meteorologists but had to look clean cut themselves.

By 1972 Carlin had grown out his hair and beard and was overtly counter-cultural in both his material and appearance. Here he performs a short poem about hair as well as sharing something very very intimate with the audience.

In this incredible 2007 interview Carlin reflects on his whole career and specifically on how he transitioned from a safe life as a straight-laced mainstream comedian to an outspoken, controversial rebel. Basically how he started to express the person he really was and use his comedy to talk about what was really important to him.

Just days before his death, it was announced that George Carlin would be awarded the Mark Twain Prize for American Humor. It was celebrated posthumously with a star-studded special of great contemporary comedians whose work would not be possible without the work Carlin had been doing for decades. Here Dennis Leary talks about George and introduces a clip of his most in/famous routine the “Seven Words You Can Never Say on Television“.

Ironically, in more ways than one, a complaint about a broadcast of that routine was the basis of the landmark court case that made it official that you cannot say those words on radio. Lenny Bruce‘s earlier routines about profanity were clearly an inspiration for his 7-words bit, and legend has it Carlin was there when Bruce was first busted onstage for obscenity and was arrested himself for not showing the police his ID.

George Carlin had many memorable performances, he was the first person to host Saturday Night Live and also first host of SNL’s off-kilter copycat Fridays in the 80’s. But here’s one performance that is probably best forgotten–here he is, inexplicably, as the third Smothers Brother (in matching red turtleneck sweater) singing “In The News“.