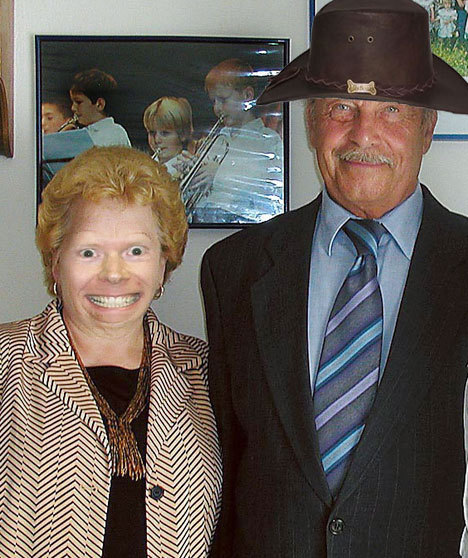 Some of you may know about the race between Ashton Kushner (@aplusk) and CNN (@cnnbrk) to hit 1 million followers on Twitter. If not, you do now. If Ashton beats CNN, then he will donate 10,000 bed nets on April 25th, World Malaria Day, and the 1 millionth follower will get a free copy of Guitar Hero. If CNN beats Ashton, they will do the same. 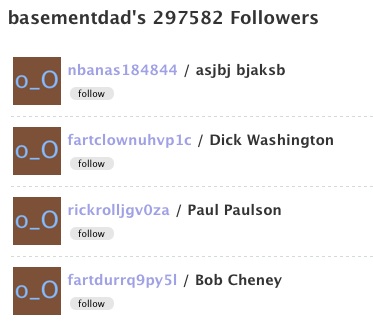 What is most interesting about this race is the dark horse challenger, Dr. Joseph Frieschel (a.k.a. @basementdad). Interestingly, Dr. Frieschel does not actually exist. He is instead the creation of a 4chan member who wrote a script that is creating fake twitter accounts that then automatically follow Dr. Joseph Frieschel. Dr. Frieschel is also a oblique reference to Joseph Fritzl, the Austrian who kept his daughter in his basement for 24 years.

And it just might work. When @laughingsquid and I looked at @basementdad earlier today, there were only 240,000 followers and a few hours later there are 297,000.

Finally, the other long shot might be none other than Oprah who is going to feature Twitter on her show tomorrow. Stay tuned.