Portland, Oregon resident and redditor Jake Gillum had his $2,500 carbon fiber Fuji bicycle stolen while he was on a date. Out of pure determination, he was able to track down his bike 160 miles away in Seattle, Washington from a Craigslist for sale ad. Under the alias Simon Jackson, Jake then posed as a buyer to set up a sting operation. After 40 minutes of stalling the crook and documenting the ordeal on video, Seattle Police Department arrive on the scene to cuff and stuff the dirt bag. He was later identified as Craig Eric Ackerman and also from Portland.

Two other bikes were strapped to Craig’s car and Jake suspected that they were stolen as well. You can find a link to photos of each bike on reddit,thanks to Jake, as he tries and help return them both to their respected owners. 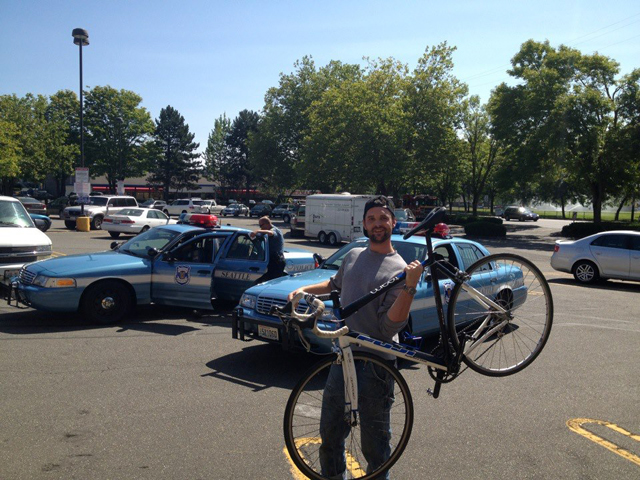