Plagues and Pleasures on the Salton Sea is a documentary about the strange case of the Salton Sea, a manmade lake in the California desert that was once a tourist resort destination, but is now a much-diminished salt lake notorious for its brackish water and rank odor. Directed by filmmakers Chris Metzler and Jeff Springer, the 2006 documentary tells the tale of the lake, from its accidental creation in 1905, through its brief success as a resort destination in the 1950s, to its subsequent decline. The film also includes interviews with some of the lake’s few remaining residents–a remarkably resilient community of artists, eccentrics, and recluses. The documentary was selected for Truly CA, a KQED series that showcases independent documentaries about California. Plagues and Pleasures on the Salton Sea can be streamed in its entirety through the KQED Arts YouTube channel.

Once known as the California Riviera, the Salton Sea is now called one of America’s worst ecological disasters: a fetid, stagnant, salty lake, coughing up dead fish and birds by the thousands. Yet a few hardy eccentrics hang on to hope, including a roadside nudist waving at passing European tourists, a man building a religious mountain out of mud and paint, beer-loving Hungarian Revolutionary Hunky Daddy, and the real-estate Ronald McDonald known simply as The Landman. Through their perceptions and misperceptions, the strange history and unexpected beauty of the Salton Sea is revealed. 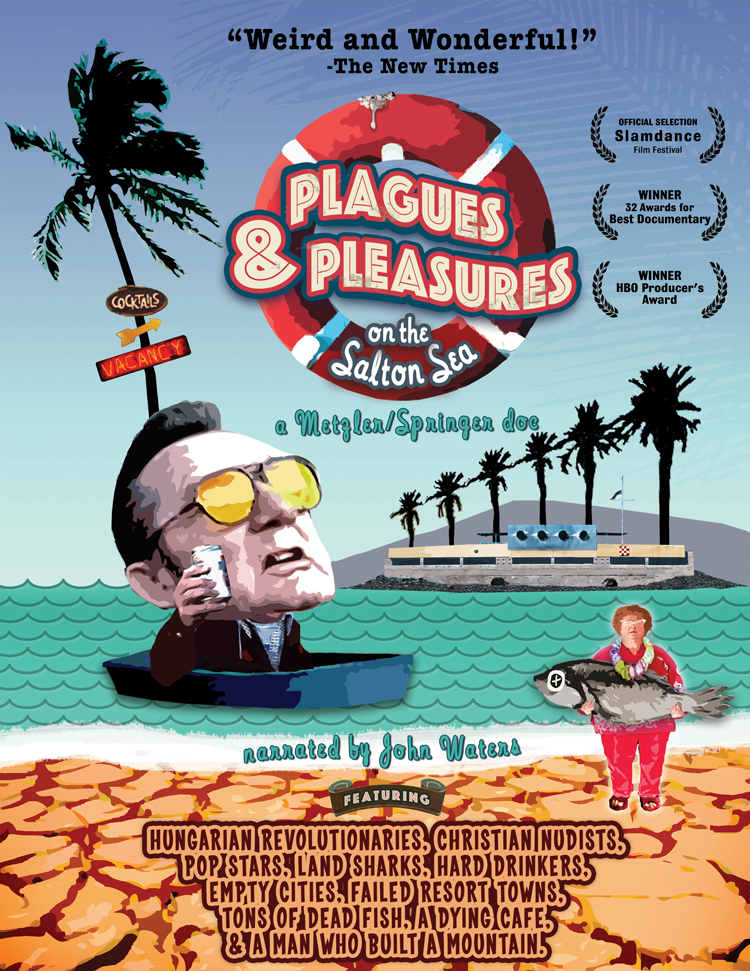 image via Plagues and Pleasures on the Salton Sea