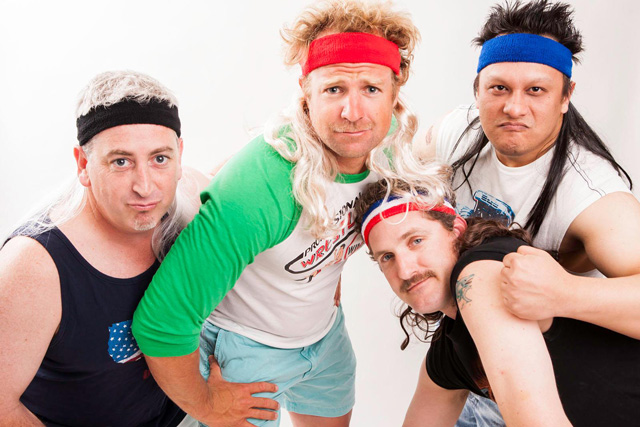 “Party in the back…”

This might be hard to believe but the men pictured above weren’t born with those luxurious mullet-y locks, they faked it with Mullet On The Go, a slip-on mullet wig that attaches to your head with a terrycloth stretch headband. Should you wish to don this super-sexy look too, there are several styles available: the Bobcat (bonus points for the red, white, and blue headband), the Black Mamba, the Widowmaker, the Weekender and the SilverFox. The man behind the mullets is San Diego-based Lonny who describes himself as “a rennaisance man…part-time stuntman, part-time ladies man and full-time American badass,” and says he’s “happiest cruising down the highway on my blue hog at a top speed of 32 miles per hour with my mullet flowin’ in the wind.”

It’s Hair On a Headband, Sucka! The ultimate in fashionable, temporary party hairpieces! ROCK THE MULLET!!

Don’t miss this video which features their killer theme song:

via Blame it on the Voices