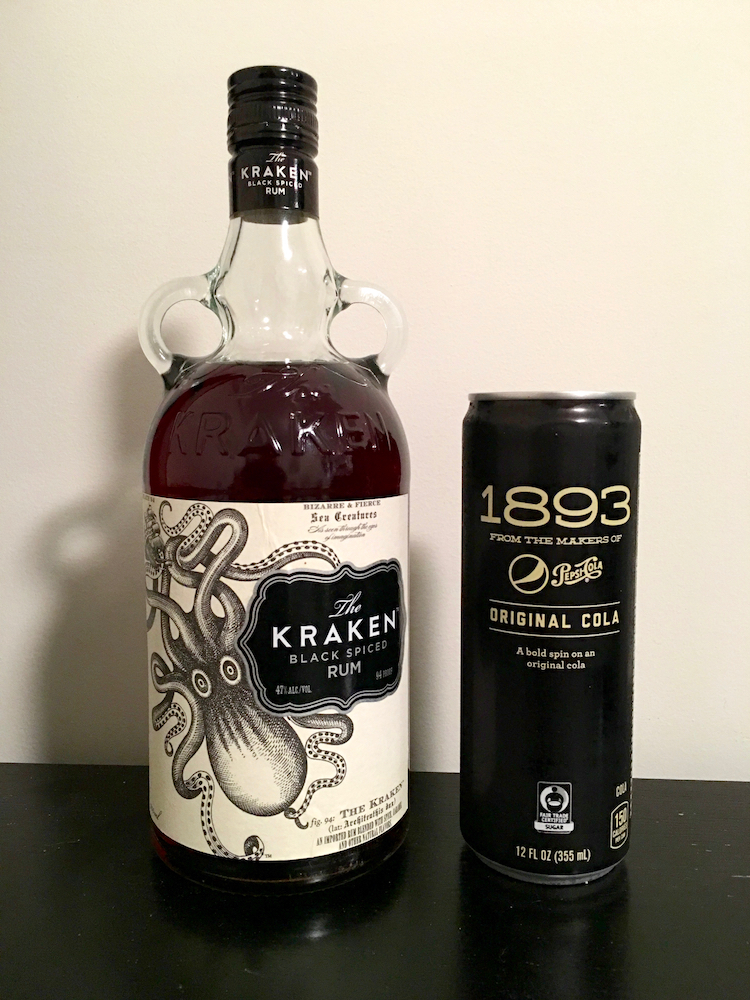 We recently picked up some Pepsi 1893, a dark brown malt flavored “craft soda” reformulation of Pepsi that is made from Kola nut extract, real sugar, sparking water and a touch of aromatic bitters. It’s pretty good.

After trying some, I realized that it might go well with the Kraken black spiced rum we have in our bar, as sort of a new take on the Cuba Libre aka a “Rum and Coke”.

Lori served some up with a lime wedge and overall I would say that the experiment was a success.