A toddler in Lincoln, Nebraska recently ran away from his home and got himself stuck inside of a Bowling Alley claw machine. As employees tried to locate the boy’s mother and find a way to get him out, the 3-year-old enjoyed playing with all of the stuffed animals that were packed into the machine.

Omaha’s KETV NewsWatch 7 has reported further on the story:

Soon after, the mother was reunited with the child, who is doing fine. The vendor even gave the boy a stuffed animal from the machine. Police said the mother was not cited because she contacted police as soon as she realized her son was missing. 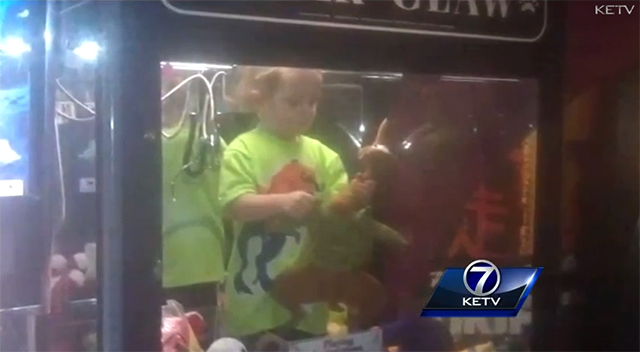