Max was once an investigative reporter named Edison Carter who came to a terrible end and was put back together by television producers. The last thing that Carter saw before he died, was a max headroom (maximum height) traffic sign. When he was put on the air in his robotic state he named himself after the sign.

This glitchy talking head was curt, forthright, obnoxious, and witty. His mission, albeit rather clouded, was to ridicule talk-show hosts and television executives. But his delivery was rather sinister and his Teutonic visage caused one British producer to refer to him as a member of the “master race”.

Max Headroom makes it difficult to understand how much of the original joke is only funny in retrospect. …Max Headroom was and is just good proper satire and lasting satire is at its most oversimplified a joke that bothers you it sits in your stomach like a rock and compels you to think critically about the world that surrounds it. Max was always going to be American. Max was designed by British creatives who cheekily implied that Americans would always worship celebrity even if it was made like this, acted like this, and looked like this. And we the American public not only failed to get the joke, we put it in front of rallies with red banners to advertise soda. Because of course, we did. 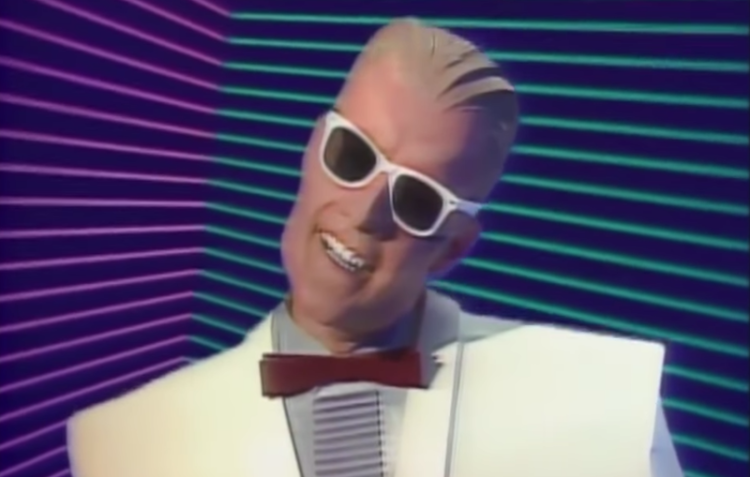