Marvel has released their third full-length trailer (previously) for Avengers: Age of Ultron, the upcoming sequel to the 2012 superhero film The Avengers. The new trailer features Marvel’s team of mighty superheroes working side-by-side to end Ultron‘s murderous path of destruction on Earth. As a bonus, Marvel also give us a quick look at Vision, a powerful android and “son” of Ultron portrayed by Paul Bettany.

With S.H.I.E.L.D. destroyed and the Avengers needing a hiatus from stopping threats, Tony Stark attempts to jumpstart a dormant peacekeeping program with Ultron, a self-aware, self-teaching, artificial intelligence. However, his plan backfires when Ultron decides that humans are the main enemy and sets out to eradicate them from Earth, and it is up to Iron Man, Captain America, Thor, the Hulk, Black Widow and Hawkeye, along with support from Nick Fury and Maria Hill, to stop him from enacting his plans. Along the way, the Avengers encounter the powerful twins, Pietro and Wanda Maximoff, as well as the familiar Vision. 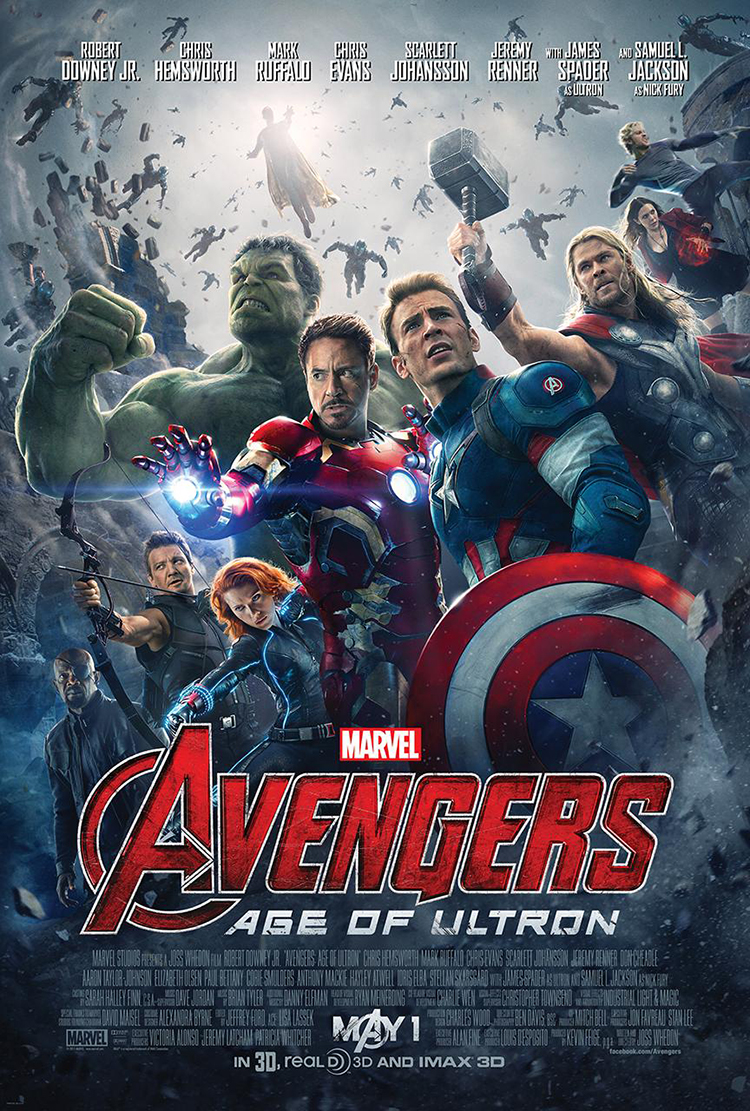