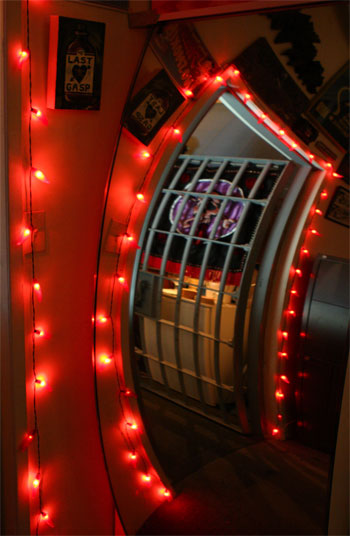 Last night was underground comic and book publisher Last Gasp’s annual “Burritos, Beer & Cheer” holiday party, which they have been hosting for over 30 years now. This legendary party is also a fundraiser for the Martin de Porres House of Hospitality, who’s volunteers feed thousands of people a week, without any kind of government funding.

As always, Baba Ron Turner and the gang threw another great party. Here are a few photos that I shot of the scene. The quote of the night came from a guy on his cell phone who I walked by as I was leaving: “Dude, this is an awesome party! I just spilled my beer on Lawrence Ferlinghetti’s shoes”.

Check out The Last Gasp Story for the history of how this wonderful organization came into existence.

UPDATE: Rudy Rucker was there as well and has a great write-up with photos on his blog.