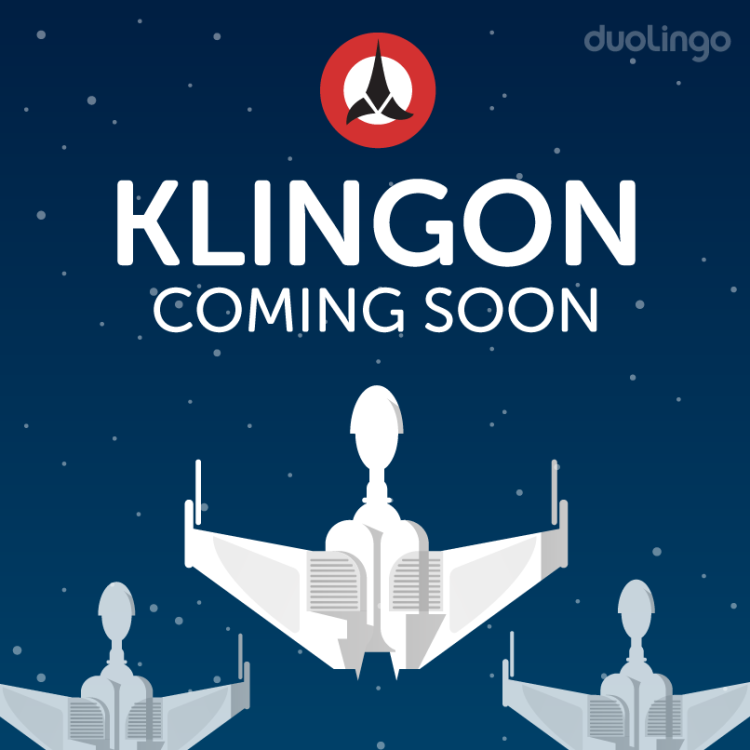 Duolingo, the free user-contributed language-learning app, recently announced that they will soon be offering a course in Klingon for English Speakers. The course is currently being curated by Swiss developers loghaD of Stockholm and Vortarulo of Zürich. Interested parties can sign up to be notified when the course becomes available.

Klingon is the constructed language spoken by the fictional extraterrestrial Klingon species in the Star Trek universe. Created by Marc Okrand, the language itself is centered around spacecraft, warfare, and weaponry — but it also reflects the directness and sense of humor of the Klingon culture. For example, the closest word you can use to express “hello” is “nuqneH,” which actually means “What do you want?”. There are also plenty of insults, as it is considered an art form.