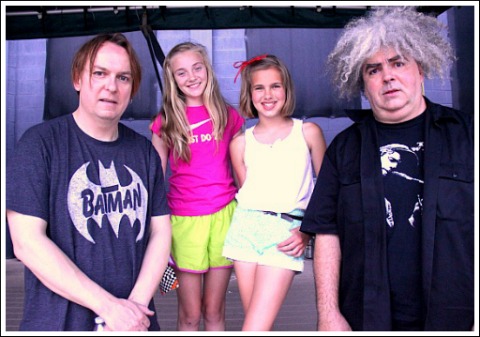 “Connie: At first I thought Buzz was wearing a wig.”

Kids Interview Bands is an ongoing web series where two Columbus, Ohio-based sixth grade girls, Olivia and Connie, interview bands. Olivia’s dad Chip has “been interviewing bands since 1991” and had the idea that the girls might make great interviewers. He says, “There are plenty of video interviews being done by men and women my age, but I can’t think of too many bands being interviewed – on camera – by girls in elementary school.” In their most recent video interview, they talk with Dale Crover and Buzz Osborne of the rock band The Melvins (who start asking them questions by the end). They have already interviewed the likes of Imagine Dragons, Of Monsters and Men, and lots more (full list).

Of Monsters and Men