Jane is an award-winning film from National Geographic that tells the story of anthropologist and primatologist Jane Goodall and her remarkable pioneering work with chimpanzees. In making the film, director Brett Morgan referred to lost footage from the archives and used an original score written by Philip Glass.

Drawing from never-before-seen footage that has been tucked away in the National Geographic archives, director Brett Morgen tells the story of JANE, a woman whose chimpanzee research revolutionized our understanding of the natural world.

"It was a very extraordinary feeling which I find hard to put into words.." New @NatGeoChannel doc #Jane! https://t.co/8frsegN6eX @Variety pic.twitter.com/YV2oPgSuWw 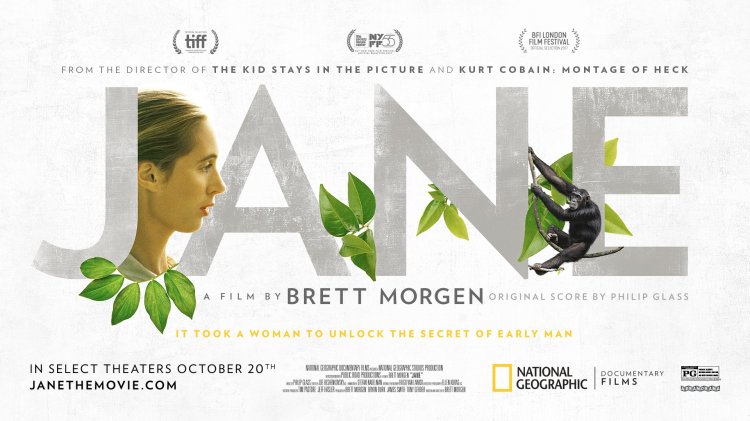