Sony Pictures has released the international trailer for I Saw the Light the upcoming Hank Williams biography that stars Tom Hiddleston as the country star and Elizabeth Olsen as his wife. The film is based on “Hank Williams: The Biography” by music journalist Colin Escott and was adapted for film by Marc Abraham.

Writer-director Marc Abraham has created a compelling, historically accurate narrative of Hank’s career that examines his tormented creative genius and the turbulent domestic life that inspired him to write some of his best-known songs. By literally going back in time, you see Hank as he was, living his life on his terms, battling his demons and ultimately creating music for the ages.

The film opens on March 25, 2016 with limited releases around the United States. 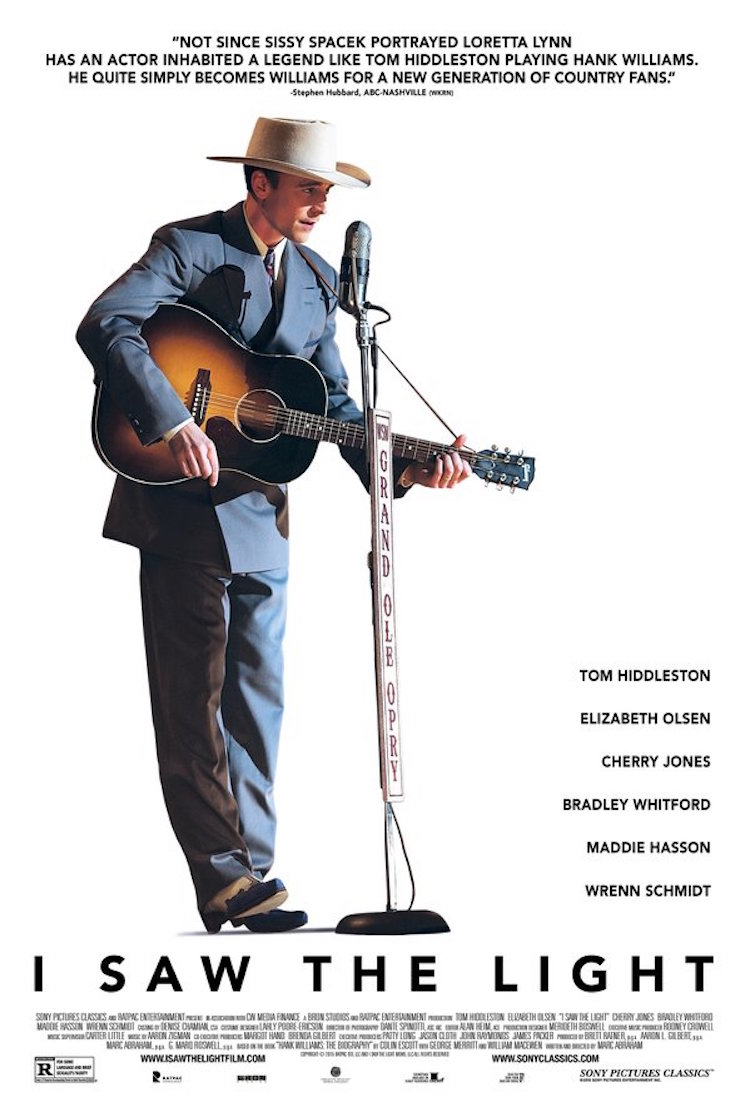 image via I Saw the Light