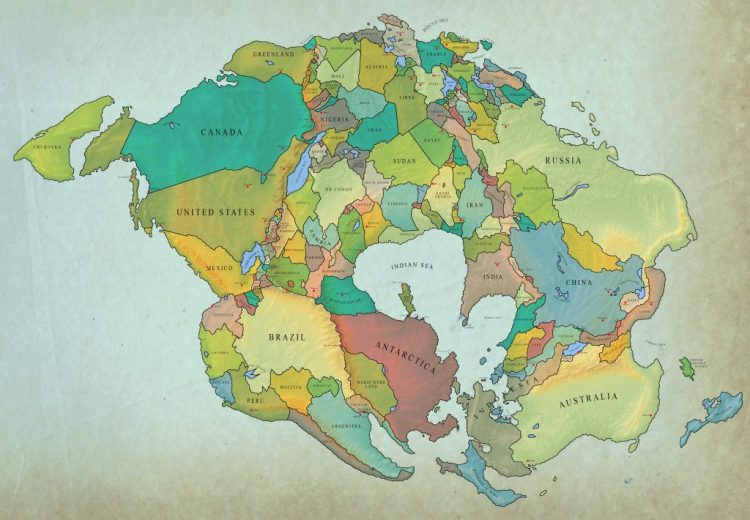 Vivid Maps has posted a fascinating map that plots what international borders will look like as Pangaea Ultima (Neopangea), a supercontinent that is posited to develop over the next 250 million years. As shown, the world will once again become a giant landbridge with as the oceans continue to rise and spread wider until they eventually meet.

The Atlantic and Indian Oceans will continue to get wider until new subduction zones bring the continents back together, forming a Neopangaea. Most continents and islands are predicted to collide with Eurasia.

Here’s a rough estimation of Neopangea that has been put forward as well. 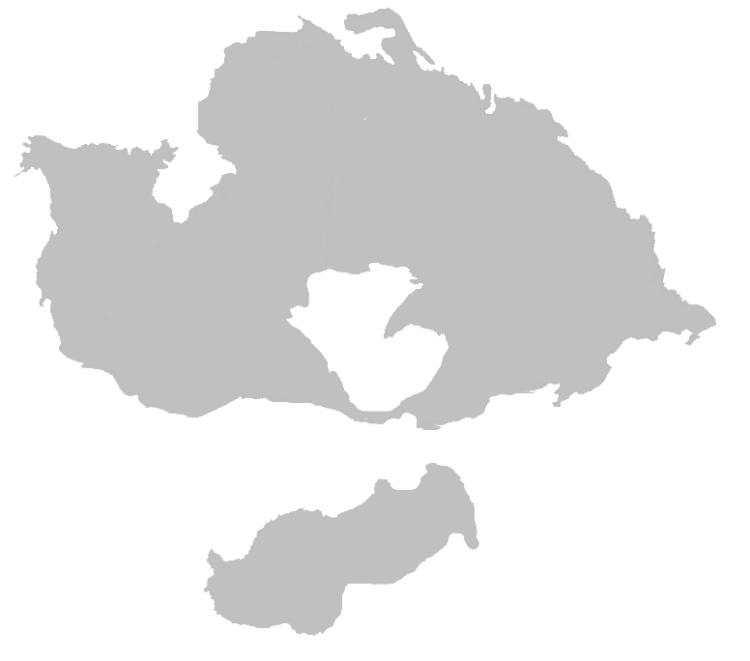