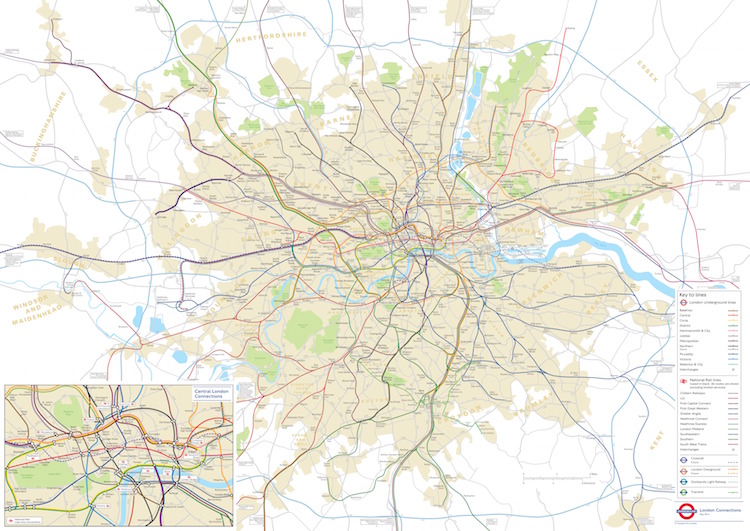 In August 2014, WhatDoTheyKnow user James Burbage made an official request to Transport for London, in accordance with the rules of the British Freedom of Information Act, in order to gain access to a geographically accurate transit map that plotted the accurate distance between stations. Surprisingly, Burbage received an acknowledgement within two days and the map just a month later.

Please supply a geographically accurate map of all the stations,
platforms, lines and tracks that form the London Underground,
London Overground, Docklands Light Railway and National Rail
services where applicable, which is updated as of August/September
2014.

Omit information which could pose a concern for health and safety.

Thank you for your email received by Transport for London (TfL) on 13 August 2014. I apologise for the delay in acknowledging your correspondence.

Your request will be processed in accordance with the requirements of the Freedom of Information Act and TfL’s information access policy.

In the meantime, if you would like to discuss this matter further, please do not hesitate to contact me.

image via Transit For London

via The Standard UK, The Atlantic