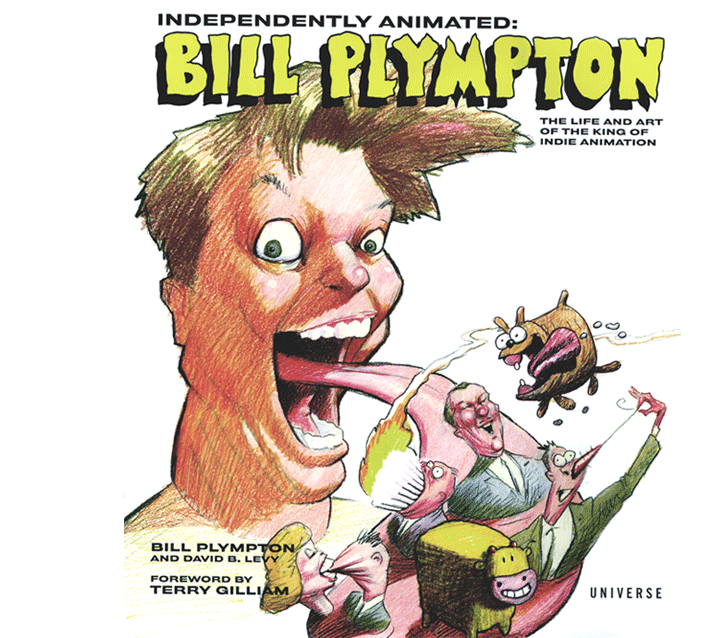 Independently Animated: Bill Plympton: The Life and Art of the King of Indie Animation, the new richly illustrated book by Bill Plympton and David Levy, thoroughly follows life of master Indie-animator Plympton from his early formative years to his modern-day successes. A humorous forward was provided for the book by screenwriter, animator, and director Terry Gilliam.

The only modern animator to personally hand-draw every frame in all of his work, Academy Award–nominee Bill Plympton eschewed a career in the high-paying but soul-crushing Hollywood animation industry to explore his own creativity as an independent filmmaker…In Independently Animated, the winner of countless animation and filmmaking awards juxtaposes the story of his life and art against the backdrop of the overall animation industry. It chronicles Plympton’s life from his childhood of Saturday morning cartoons to his most current and certainly adult-skewing animation. The book contains hundreds of pieces of art from his films, as well as never-before-seen drawings, doodles, production notes, and a full filmography.