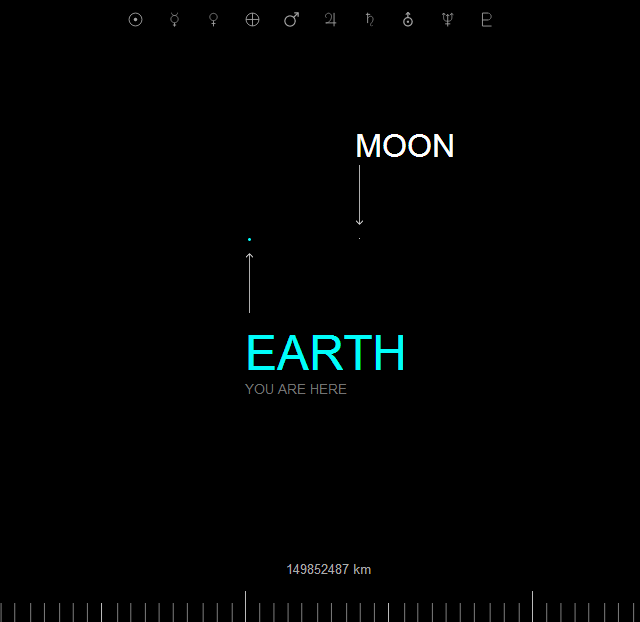 If the Moon Were Only 1 Pixel is a project by interactive media designer Josh Worth that attempts to accurately portray just how distant the Sun and planets are from each other using a single pixel to represent the Earth’s moon — which has an actual diameter of 3,474.8 kilometers — for scale. Worth was inspired to work on the project after trying to explain the same concept to his young daughter.

The planets can be scrolled to horizontally or jumped to via a series of buttons at the top of the page. In addition, Worth also included various tidbits of writing out in the vast nothingness of represented space to give a better feel for exactly how much of it there actually is.

I was talking about the planets with my 5-year-old daughter the other day. I was trying to explain how taking a summer vacation to Mars in the future will be a much bigger undertaking than a trip to Palm Springs (though equally as hot). I kept trying to describe the distance using metaphors like “if the earth was the size of a golf ball, then Mars would be across the soccer field” etc., but I realized I didn’t really know much about these distances, besides the fact that they were really large and hard to understand.