First there is horror of the incomprehensible. Why is this18th-century Joe Cocker boy is singing about pissing his bed? And the elderly figure in the voluminous nightshirt? Perhaps some sort of cultic patriarch controlling these children?

Such feelings are natural upon viewing this video, by the Kelly Family, a genetically related multigenerational music group, and while the group has roots in the hippy culture of the 60s, rest assured it’s more Partridge Family than Manson.

It began with Daniel Kelly, American antique and folk music enthusiast living in Spain began encouraging his children to perform at parties and busk on city streets. By the mid-70s they were making their own Ren Fair wardrobe, and vagabonding around Europe with their homeschooled brood, driving and living in a double-decker bus or, for a period, a houseboat.

A few accordion lessons, a few more kids, and many yards of untended hair later they were famous. By the 1980s, they were selling out venues, appearing on television, and making the charts in Italy, Holland and Germany, particularly the latter where they, like the beloved David “The Hoff,” Hasselhof, retain a particularly rabid, older following. While music lovers in this country remain largely immune to the Kelly charm, American insomniacs may remember them from late-night television commercials enthusing, ”Millions of German fans can’t be wrong!”

They’re still producing records, and while they’ve lately caved to current fashion trends, you needn’t expect any gangsta rap releases to be added to their extensive catalog of gentle rock, pop, and folk numbers.And while you’re all sniggering and pointing to certain unfortunate judgment calls made by the German populace in the past, the Kelly Family continues to sell millions of records yearly and have recently purchased their own castle on the Rhine. 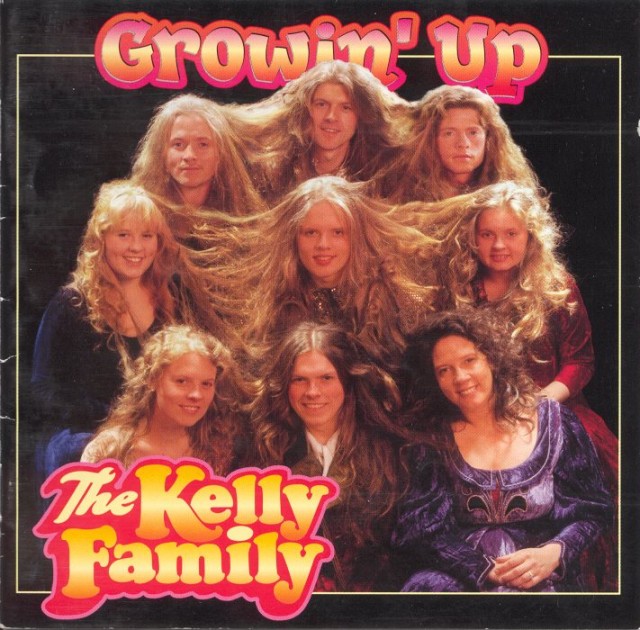