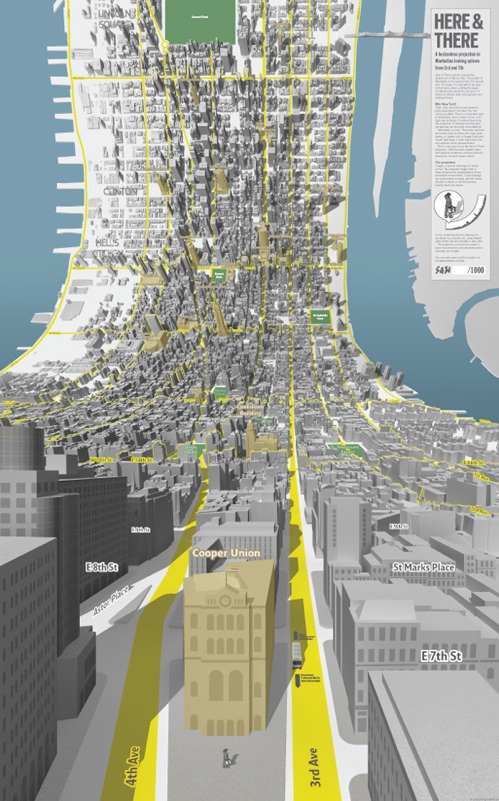 looking uptown from 3rd and 7th

Here & There is a composite 3D image created by Schulze and Webb that borrows representations of Manhattan from maps, comics, television, and games.

The projection works by presenting an image of the place in which the observer is standing. As the city recedes into the (geographic) distance it shifts from a natural, third person representation of the viewer’s immediate surroundings into a near plan view. The city appears folded up, as though a large crease runs through it. But it isn’t a halo or hoop though, and the city doesn’t loop over one’s head. The distance is potentially infinite, and it’s more like a giant ripple showing both the viewer’s surroundings and also the city in the distance. 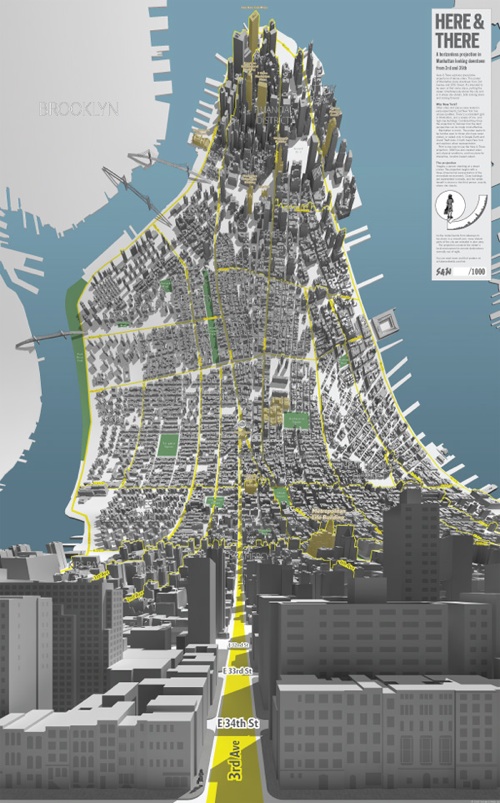 looking downtown from 3rd and 35th