Pejac, a Spanish artist who creates wonderful street art, sculptures, and paintings that combine elements of minimalist fantasy with realism, has created the heartbreakingly startling short film “Heavy Sea“, which heavily features a single orange life preserver ring atop seemingly endless pile of discarded automobile tires. Born from his earlier painting of the same name, the film came about when he encountered the very real image again.

The desolate images of environmental havoc seen here are real—no CGI, no Photoshop, no illusions. It’s a simple mixture of art direction and the scourge of human waste. ‘This project was actually born some years ago when I painted ‘Heavy Sea’, a water-colour artwork featuring a lifesaving ring in a sea of disused tires.Later, during a voyage abroad, just some months ago, I found myself in front of that very same landscape. It was a poetic nightmare made real. 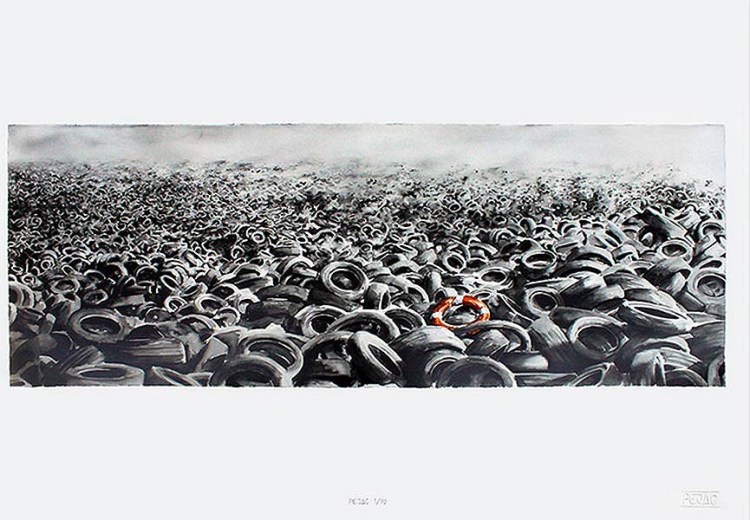 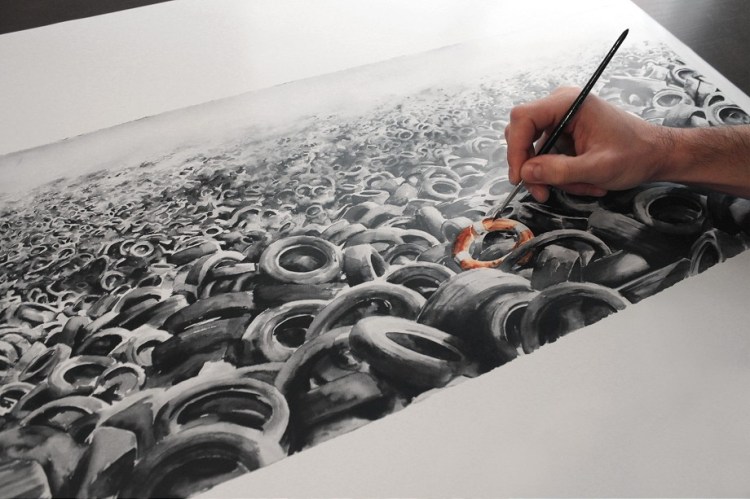