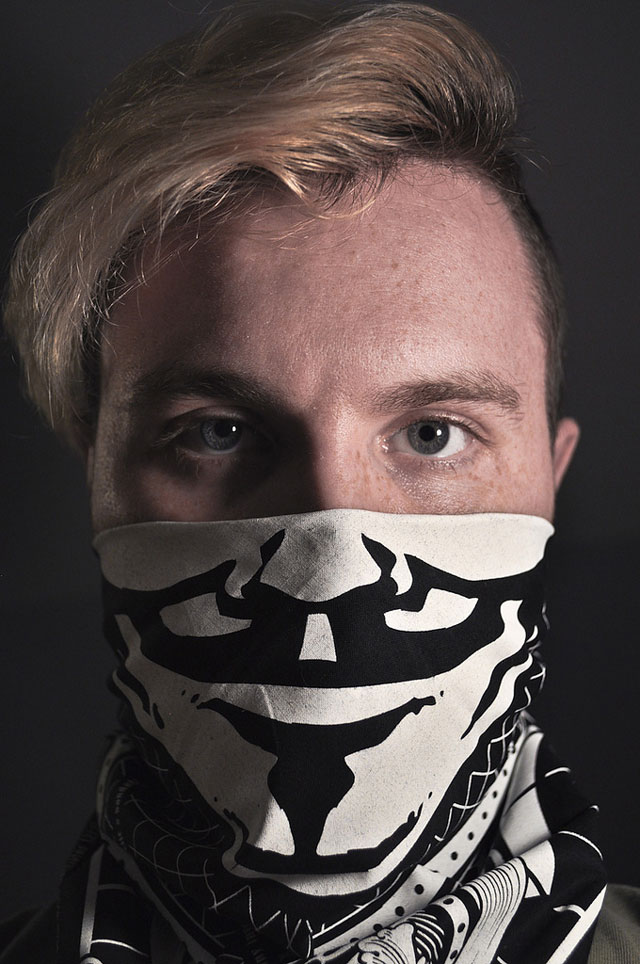 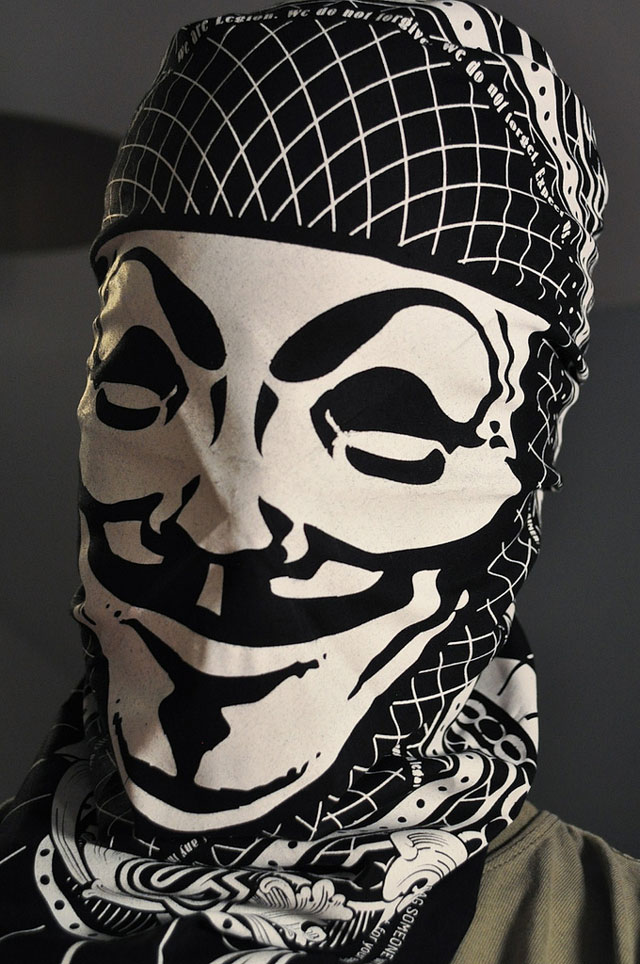 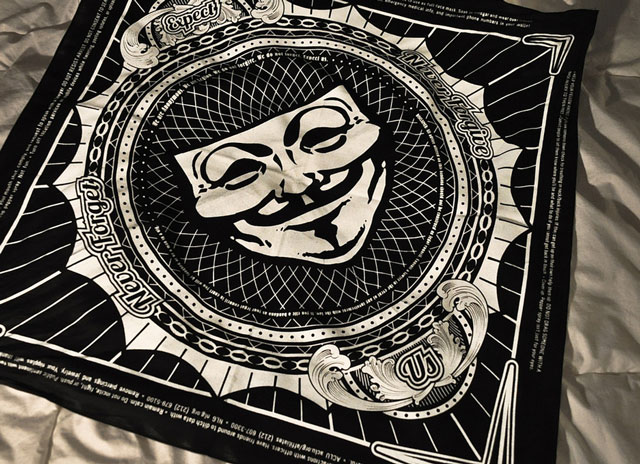 Designer Matthew Borgatti has created a handy Guy Fawkes bandana to protect the identities of occupy protestors. It can be used to cover half or all of the face. The bandana also includes protest tips and phone numbers for legal aid and the ACLU. Borgatti is selling the bandanas on Etsy, and for each one sold, he is donating one to an occupy protest group.

Thanks to Slim for the tip