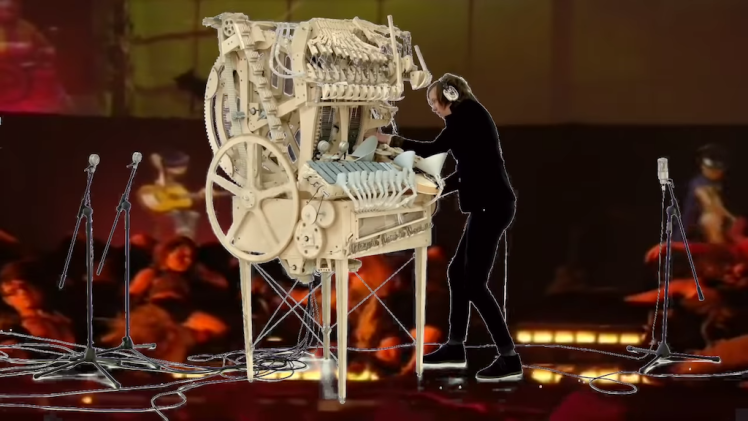 The results are absolutely seamless.

Maranci stated that he was inspired by another video by mashup maker Uncle Ned who used the Wintergatan footage with “Takyon” by Death Grips.