Maker and artist Neil Mendoza has created the Fish Hammer, an awesome contraption where a hammer is controlled by a goldfish named Smashie. As Smashie swims around in its tank, a webcam tracks the fish’s position and moves a hammer that drops and crushes tiny furniture “based on the slow rotation of a cam that the hammer rests on”. Mendoza showed how he built his Fish Hammer device on Instructables.

As Smashie swims around the aquarium, his position is tracked with a webcam, using software written in C++ using openFrameworks and OpenCV. The hammer follows him around the tank on a carriage powered by an Applied Motion stepper motor. The software calculates the velocity the motor needs to be moving using a PID algorithm that takes the motor’s encoder position as input and gives a velocity as output. This velocity is then sent over UDP to the stepper motor. The hammer head drops based on the slow rotation of a cam that the hammer rests on. (read more) 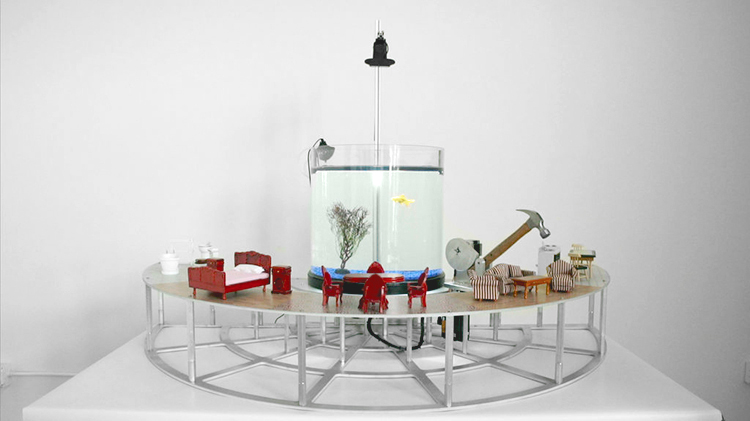 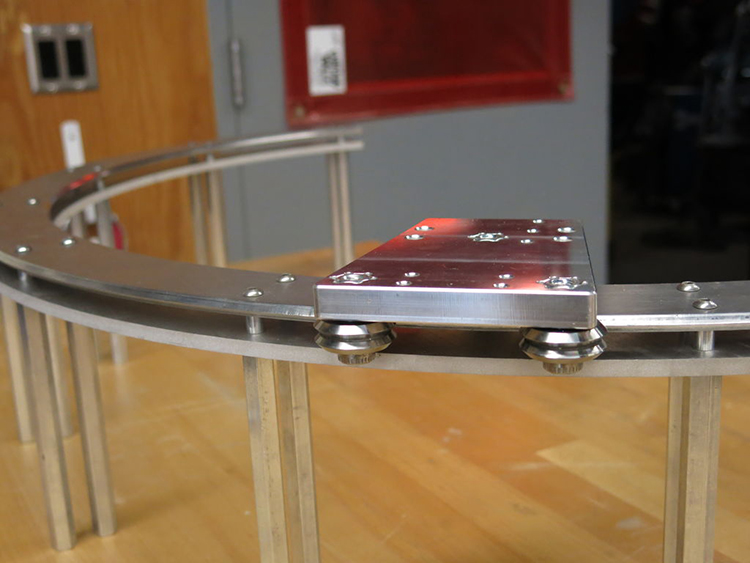 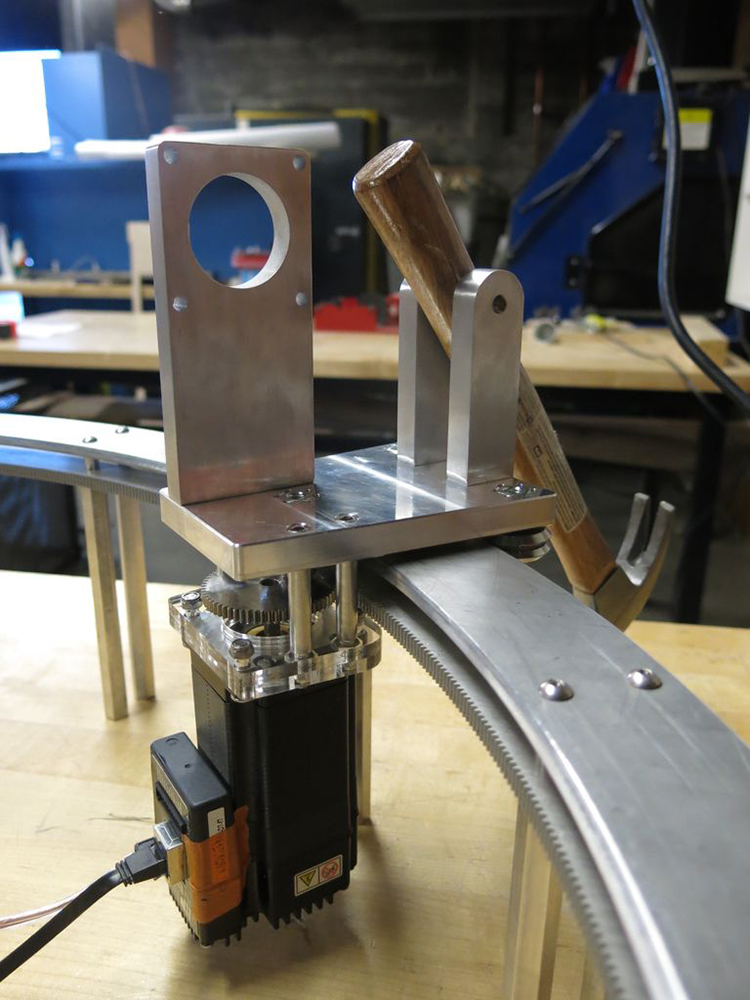