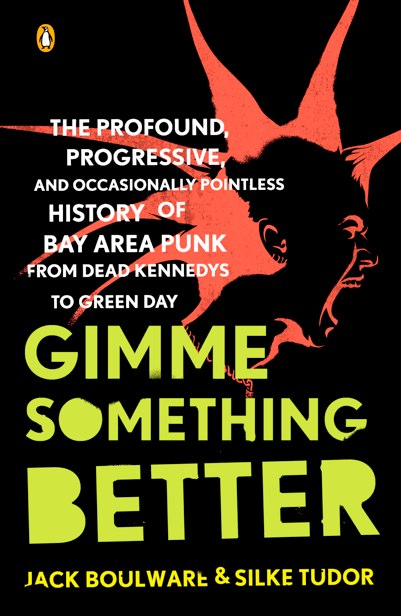 Gimme Something Better: The Profound, Progressive, and Occasionally Pointless History of Bay Area Punk from Dead Kennedys to Green Day is a new book by our good friends Jack Boulware and Silke Tudor, that chronicles the history of punk rock music in the San Francisco Bay Area.

Outside of New York and London, California’s Bay Area claims the oldest continuous punk-rock scene in the world.

Gimme Something Better brings this outrageous and influential punk scene to life, from the notorious final performance of the Sex Pistols, to Jello Biafra’s bid for mayor, the rise of Maximum RocknRoll magazine, and the East Bay pop-punk sound that sold millions around the globe. Throngs of punks, including members of the Dead Kennedys, Avengers, Flipper, MDC, Green Day, Rancid, NOFX, and AFI, tell their own stories in this definitive account, from the innovative art-damage of San Francisco’s Fab Mab in North Beach, to the still vibrant all-ages DIY ethos of Berkeley’s Gilman Street. Compiled by longtime Bay Area journalists Jack Boulware and Silke Tudor, Gimme Something Better chronicles more than two decades of punk music, progressive politics, social consciousness, and divine decadence, told by the people who made it happen. 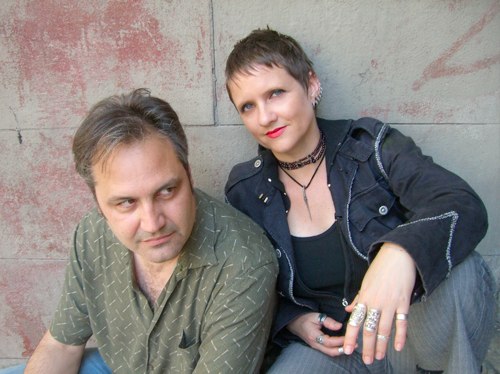 Litquake and Porchlight are hosting a book release party, Journey to the End of the Bay: Punk Rockers Spill Their Guts, on Monday, October 12th at Broadway Studios (the old On Broadway) in San Francisco.

The Litquake literary festival and Porchlight storytelling collaborate for true tales of punk-rock anarchy and excess. This huge tribute to the Bay Area punk scene features stories and music all night long, in the legendary On Broadway space, which helped give birth to punk rock on the West Coast.