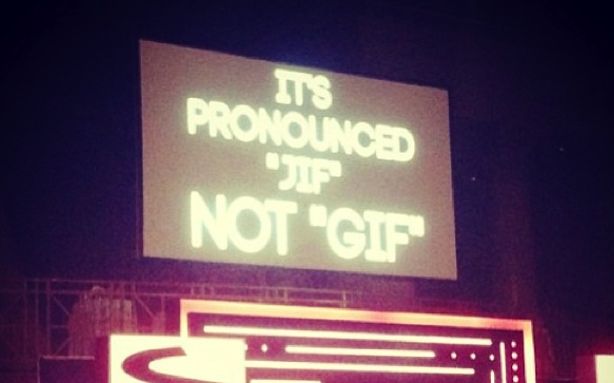 The GIF has been enjoying a renaissance in recent years, but that resurgence has a dark side: the simmering controversy over exactly how to pronounce “GIF.” In a move not likely to ease tensions, Steve Wilhite, who invented the GIF format in 1987, recently told The New York Times that the acronym is pronounced with a soft “G,” like the peanut butter brand Jif, not a hard “G,” as in “gift.” Laughing Squid urges calm and restraint by both sides.

“The Oxford English Dictionary accepts both pronunciations,” Mr. Wilhite said. “They are wrong. It is a soft ‘G,’ pronounced ‘jif.’ End of story.”

photo via The Atlantic Wire