“Get Lamp”, the new documentary by Jason Scott about text adventure games has been released.

Rising from side projects at universities and engineering companies, adventure games would describe a place, and then ask what to do next. They presented puzzles, tricks and traps to be overcome. They were filled with suspense, humor and sadness. And they offered a unique type of joy as players discovered how to negotiate the obstacles and think their way to victory. These players have carried their memories of these text adventures to the modern day, and a whole new generation of authors have taken up the torch to present a new set of places to explore.

Get Lamp is a documentary that will tell the story of the creation of these incredible games, in the words of the people who made them. 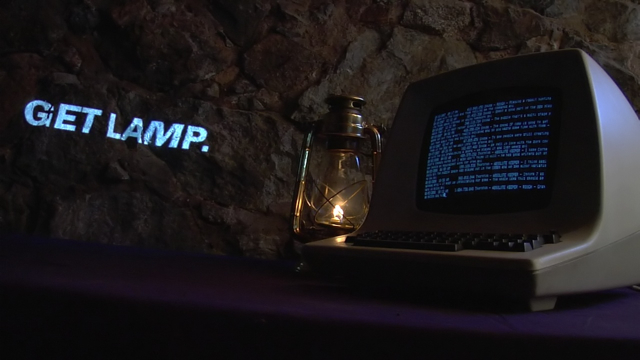 You can now order the DVD set, which includes a beautiful individually numbered collectible coin. Our friend Jason Scott is a renown computer historian who in 2005 released “BBS: The Documentary”.