Just a month before his untimely death, the late, great Lemmy Kilmister filmed a commercial at a Helsinki gas station for the Finnish dairy company Valio. As a way of paying tribute to the Motörhead frontman, Valio posted a wonderful unaired, ad-libbed moment from the shoot that calls to mind a previous commercial for the dairy.

This is offered in celebration of the life of a lovely, exceptional man – a man who celebrated life so vibrantly himself. We were first shooting a remake of an iconic Finnish milk ad. The tone of this ad that was shot a month ago was changed to make it a heartfelt tribute, however modest. A take that came late in the shoot was selected – one of Lemmy’s brilliant improv moments that was never in the script. This was our magical encounter with a great man – and we’re honoured to share it with the world.

Lemmy on set and with the crew. 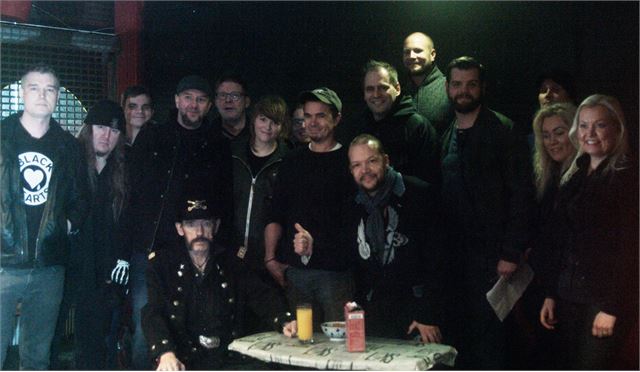