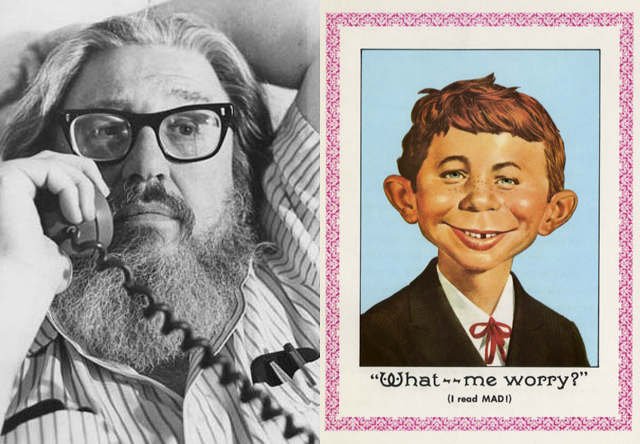 On his blog, award-winning pop culture illustrator / cartoonist Drew Friedman pulls us in and tells a great story about his first visit to MAD Magazine in 1974, when he was only 15 years old. Drew has had his artwork appear in MAD Magazine cover designs and articles many times throughout his career, but going back to the first visit to the Mad Magazine offices and hearing his story is quite entertaining. You can read more about the visit and browse through more visuals on his personal blog post. We have previously written about Drew Friedman and his artistic work.

An excerpt from Drew’s story:

Bill Gaines’ office was a cluttered, messy mini-museum, filled with Zeppelin artifacts (he was obsessed with dirigibles, King Kong and the Statue of Liberty), A human skull (which he told me belonged to his father) stacks of MAD’s and EC comics book collections and comic fan magazines (Squa Tront, etc). Instead of a view of the New York skyline, the lone window had a giant King Kong head peering in…

Amongst the debris and wall decor there was of course a lot of MAD and EC items, including 3 large framed color paintings above his desk depicting the three EC horror mascots, the Vault Keeper, the Crypt Keeper and the Old Witch, all of which I studied up close. I was in heaven…

“Cheap, Crummy Souvenir” that Drew Friedman received on his visit to MAD Magazine in 1974 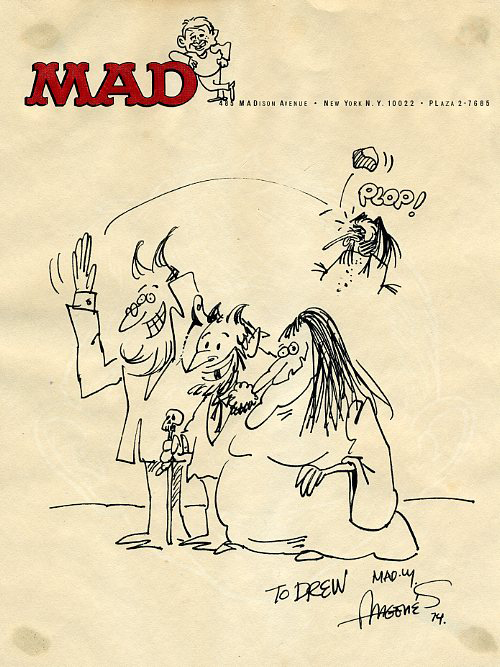