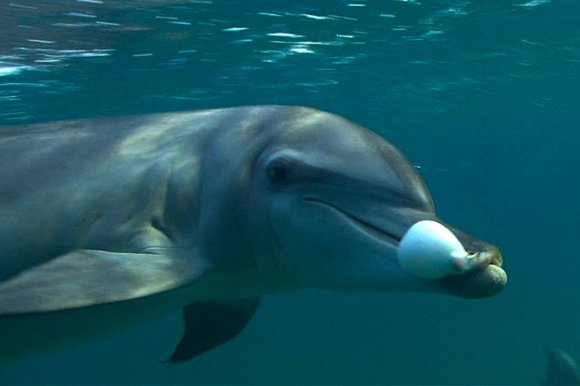 Dolphins have been observed chewing on poisonous pufferfish in an apparent effort to get high on the fish’s potent neurotoxin. The behavior was filmed in the wild with hidden cameras for the BBC documentary series Dolphins – Spy in the Pod. Young dolphins were observed taking turns carefully chewing on the pufferfish, after which they began exhibiting strange behavior. According to zoologist (and a producer for the documentary) Rob Pilley, “they began acting most peculiarly, hanging around with their noses at the surface as if fascinated by their own reflection.” The documentary series premieres on January 2, 2014 on BBC One (the pufferfish behavior is featured in the second episode, airing January 9).

via The Sunday Times